Apple’s iPhone launches seldom manage to go off without any hitches, and the iPhone 6s and iPhone 6s Plus are no different. While the hardware for both devices seems to have been on its best behavior with no bending or weird antenna problems this year, there have been some software bugs – some of which even stopped many people from being able to restore a backup to their brand new iPhone.

If that bug didn’t get you, then this newly reported one just might. Some people have discovered that their device is making a mess of rendering Wallet and certain other stock apps including Weather, Health, Watch and Calculator. The problem appears to stem from reloading a backup that originated from an iPhone 5, iPhone 5s or iPhone 5c. So anything with a small screen, essentially, and it affects both iPhone 6s and iPhone 6s Plus handsets, phones that are already seeing reports of random shutdowns, we must add. 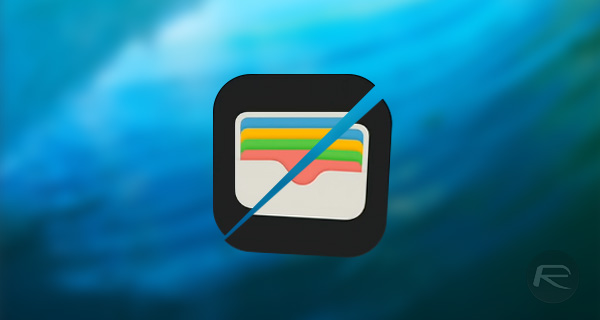 With the screen appearing to be zoomed in instead of rendering for the actual screen size of the device it is being run on, you may not be surprised to learn that there is a workaround of sorts that involves heading into the Settings app to turn zoom mode on. That, ironically, reverses the zoom that’s getting done in error. Go figure. 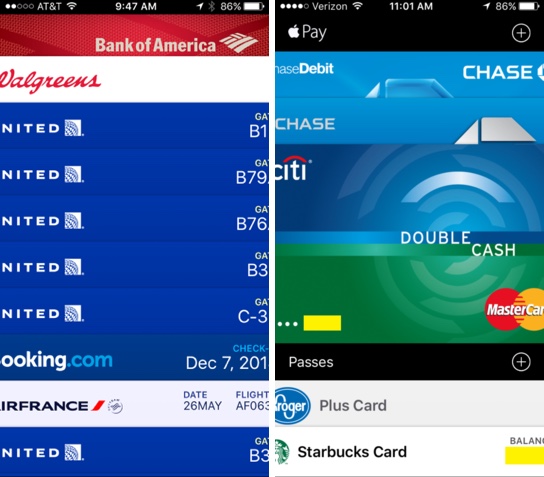 Wallet app cutting of at the sides

To use the workaround, you need to switch on the Display Zoom setting found at Settings > Display & Brightness > View > Zoomed, and then launch Wallet. You’ll need to turn it off again afterwards, otherwise all of your other apps will look oversized, but it’s a workaround at least. iOS 9.1 beta 3 is said to fix this issue, so fingers crossed that it will roll it into an update before then, too. 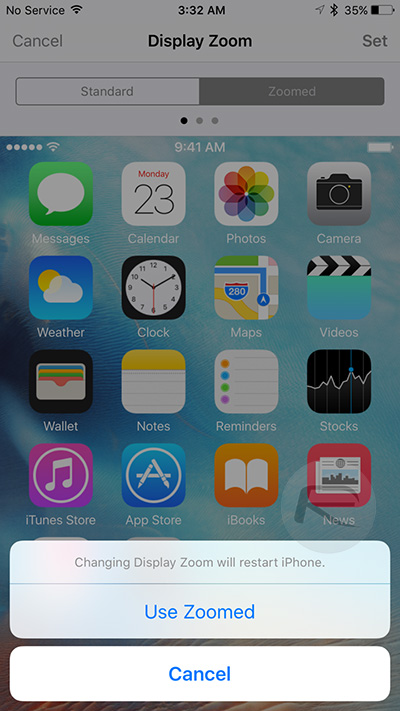 At least this problem has a workaround – there was no such luck when the iPhone 4 couldn’t make phone calls. Well, other than never touching it!