When Apple releases iOS betas, whether they be public betas or those meant just for developers to test out, a lot of the attention isn’t just on what new features or bug fixes they bring but also what they do to performance. Particularly important on older devices, the way iOS performs from one release to another is vital, and beta releases are a good chance to see in which direction an update is going.

The latest beta build to be made available to developers is iOS 9.1 beta 3, with Apple also making iOS 9.0.2 download available to the public following the discovery of some important bugs and security issues. So how is that new beta performing when compared with the latest versions of iOS to ship from Cupertino? 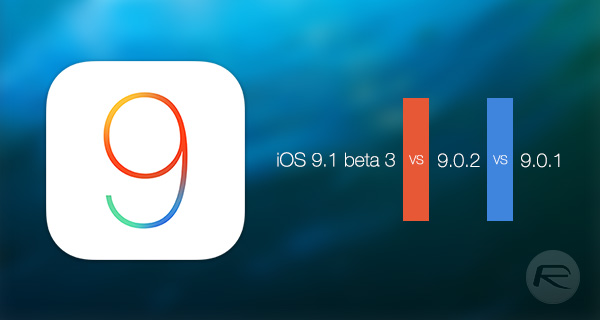 In order to answer that question, one YouTube set about comparing iOS 9.1 beta 3 with the public release of iOS 9.0.2, with particular focus placed on how they performed when installed on older devices. Across the space of three different videos, the YouTuber takes both of the aforementioned iOS releases and compares them on an iPhone 4s, an iPhone 5 and an iPhone 5s in order to see how they perform. If you’ve ever watched an old iPhone slow to a crawl following an iOS update, then this is the kind of thing you might want to pay attention to. 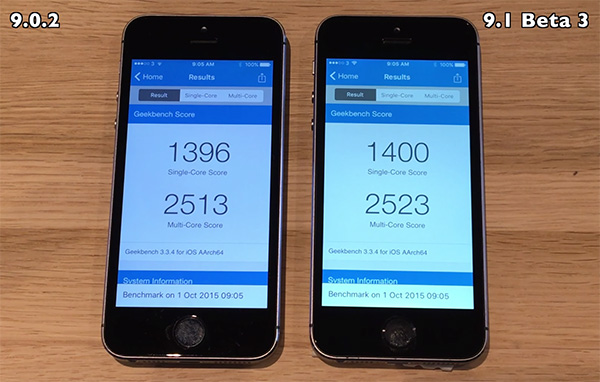 Thankfully, it appears that Apple has been doing some work behind the scenes because iOS 9.1 beta 3 seems to be at least marginally faster than its currently-shipping brethren. Across all three devices, the new beta is seen to be slightly quicker than iOS 9.0.2 when opening and using apps, as you can see in the videos. They’re all worth watching, especially if you own an older iPhone and are hoping for a little speed boost from the next update. We’ve embedded the iPhone 5s comparison below. For the other two, head on over to the YouTube channel from the source link provided at the end.

If the new beta is anything to go by, you may not be disappointed. The channel has also uploaded three separate video comparisons of iOS 9.0.2 with the previous 9.0.1 release, showing a negligible improvement in performance between the two updates on the iPhone 5s, 5 and 4s, but an improvement nonetheless. 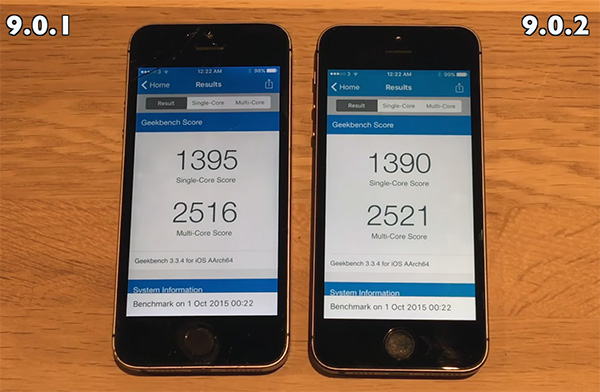 It’s nice to see both final and beta iOS 9 updates establishing an upward trend when it comes to performance on older iPhones. Let’s just hope the change is significant by the time the final build of iOS 9.1 is rolled out.