iPhone 6s Plus Vs Galaxy S7 Edge: Survival Of The Drop Tests [Video]

Here’s a video that takes Apple’s current flagship smartphone, the iPhone 6s Plus, and pits it against Samsung’s Galaxy S7 Edge to see which has the better build quality. Samsung has recently taken the opportunity to officially announce the existence of the Galaxy S7 and Galaxy S7 Edge, and true to previous form, some lucky punters have been receiving their units early. This, in turn, has allowed one YouTuber to sacrifice the device for the greater good to see how it stands up against the iPhone 6s Plus.

It seems to be standard practice these days that as soon as a new piece of kit is announced by one of the big boys, someone posts its destruction on YouTube – all in the name of the public interest to prove just how well it has been built by the manufacturer. That’s exactly what we have got here as well. 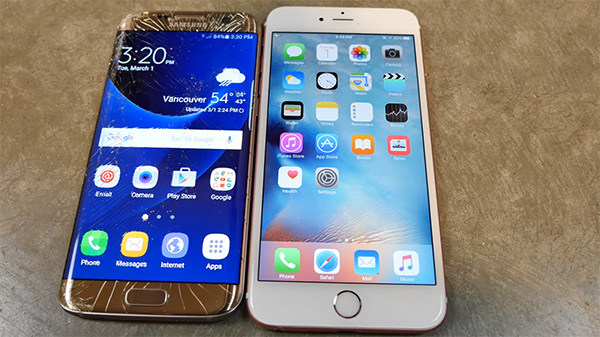 It’s probably fair to assume that the majority of us have dropped our smartphone onto the floor at one time or another when taking the hardware out of a pocket, or picking it from a table or surface. The question is, if that happens to the Galaxy S7 Edge, or Apple’s iPhone 6s Plus, how likely is the phone to smash or suffer serious aesthetic damage from the fall? It turns out that both devices manage to withstand the general fall quite well, and manage to stay intact throughout. With that said, it is the Galaxy S7 Edge that suffers the most damage first, with the Gorilla Glass 4 cracking both on the front and back of the device. 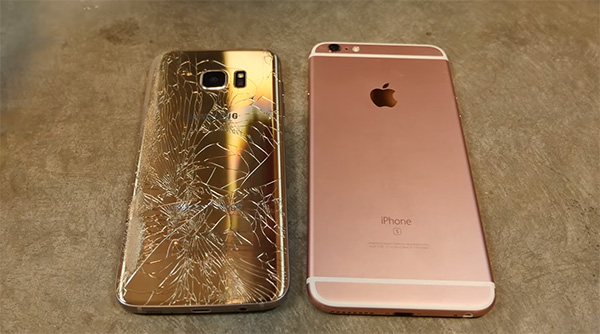 The reassuring thing is that the major damage only really occurred when the testing is taken to the extreme to see how the body handles being dropped from heights of 10 and 20 feet. Apple’s iPhone 6s Plus gets a huge thumbs up due to its refusal to suffer any catastrophic damage, although it did come away with chips and dents due to the impact. It seems that both the Galaxy S7 Edge and the iPhone 6s Plus can withstand standard everyday drops extremely well. But if you’re planning on dropping it from any great height, then it’s probably safer to opt for the build quality of the iPhone.