Photo of upcoming iPhone 6s logic board has leaked online, and when compared to current iPhone 6, shows some minor differences. There appears to be updated chips, including NFC and LTE, as well as a few design tweaks.

One of the biggest touted changes in the next-gen iPhone is the inclusion of Force Touch technology, and despite the skepticism, it looks like the tech will finally be packed into the new smartphone from Apple owing to certain, but very non-palpable changes in the iPhone 6s dimensions. As per 9to5Mac who got their hands on leaked image of the iPhone 6s, it seems as though the phone will be 0.16mm taller and 0.13mm wider than the current model. These dimensions seem to back up earlier reports of the iPhone 6s being slightly thicker than the iPhone 6 for purposes of accommodating the new Force Touch panel. 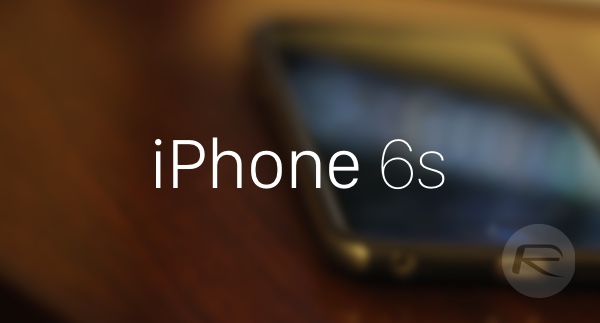 Also on the cards is a brand new and faster NFC chip from Qualcomm – NXP 66VP2 – which will be twice as fast as the current NXP 65V10 in the iPhone 6.

“It’s unclear what the new 66VP2 may change in the iPhone, but it is likely to add a secure element processor, reducing the need for a separate chip.”

Not only has Apple shrunk the logic board by some measure for the iPhone 6s, but the number of chips seem to have been curtailed on this new board as well. “One section of the board that previously had in excess of 10 components has been pared down to 3 main chips, simultaneously cutting the number of parts and increasing the power efficiency of the ones that remain.” Of course what remains, like the CPU or flash memory, carry a smaller number of manufacturing processes as well, reducing energy draw and increasing efficiency. Interestingly, there’s also a CPU chip that can be seen on the logic board, but there are no markings on what should be the Apple A9 processor. 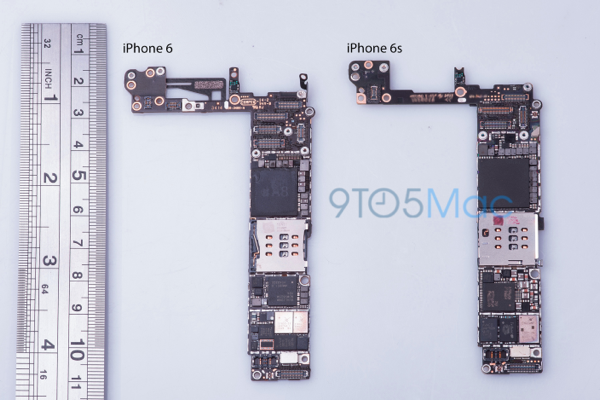 There’s no iSight camera module to inspect here, but a recently published report suggests that Apple’s next-gen iPhone will have a 12MP rear-camera with 4K video recording.

Speaking of flash memory, an earlier report suggested that Apple may be looking to increase storage on the entry level iPhone 6s to 32GB, eliminating the 16GB option altogether. The photo leaked today however shows a 16GB memory chip, though there’s good reason to believe that this could well be due to the board’s prototype nature, and it wouldn’t be surprising if Apple made the jump to 32GB before launch.

It’s also speculated that the iPhone 6s will have a faster and more efficient LTE chip which will help the smartphone gain some extra battery life.