7 Reasons Why You Should Wait For iPhone 6s / 7

We’re now hurtling towards the end of June, and as that magical September month draws ever nearer, iPhone buyers are starting to make decisions on whether to buy a new iPhone 6 or 6 Plus right now or wait for Apple to announce the next-gen iPhone this fall. We all like new toys, so what are the biggest reasons for holding off buying a new iPhone 6 now in favor of hanging around little longer for Apple to announce iPhone 6s/7, or whatever Apple ends up calling it?

Well, we’re glad you asked. Here they are. 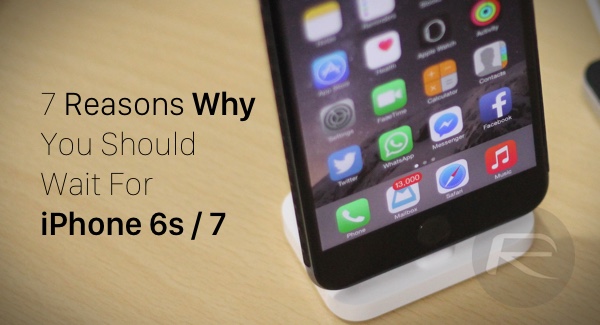 The iPhone 6s is rumored to be a tad thicker and larger than the iPhone it replaces. If that’s the case, then Apple should’t face the same bendgate issue of last year’s big release, which can only be a good thing for buyers who are picky when it comes to such things.

Marginal thicker body would also mean no more of that protruding camera lens on the back.

At this point we would be more surprised if the next iPhone didn’t support Force Touch than if it did, even if we’re not sure about how to best take advantage of the added control scheme it affords.

Previous reports have revealed that iOS 9 is Force Touch ready, leading us to believe that the next iPhone from Cupertino will indeed pack in the tech for initiation of actions by using a firmer touch on the display, just like the Apple Watch.

It’s also rumored that Force Touch will be exclusive to the iPhone 6s Plus only. We’ll wait and see if there’s weight to this revelation though.

Rumored to include a whole 2GB of RAM just like the iPad Air 2, the new iPhone has the potential to be quite the benchmark king.

It will also likely pack Apple’s next-gen A9 chip.

What’s the advantage of having more RAM and new processor you ask? Well, you can multitask better, apps will launch quicker, and of course, gaming will be more immersive than ever before.

Apple is expected to put a slightly larger battery inside the next iPhone, possible as a result of having a little more room to play around with as we mentioned earlier. Any battery improvement even if its only marginal will be welcomed.

Digging into iOS 9 beta’s code has revealed that the next iPhone will feature a front-facing camera with 1080p video recording capabilities with flash support, which means that Cupertino’s next handset will be quite the selfie king. And with rumors constantly surfacing that the iPhone 6s will have an improved rear camera with more megapixels – 12 to be more exact with smaller pixels on the sensor – expect the handset to have powerful shooters on both the front and back.

Not Long To Go Now

The new iPhone is just around the corner now, and while we’re not sure about some of the rumored features ourselves, there’s plenty to hope for when the iPhone 6s and iPhone 6s Plus are real, 100% announced products.

According to a leak from Vodafone, we should see the announcement in September, just like last year, and the one before it. 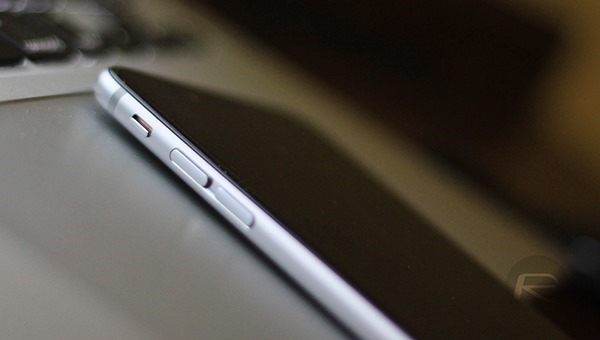 Looking at all the rumored features above, this is probably the worst time to get iPhone 6/6 Plus now. Of course if your phone is broke or something and you immediately want a new one, you can still get iPhone 6. It’s still a great phone and all, but if you can wait couple of months now, the 6s/7 will be an even better purchase, considering the fact that it will launch at same price points as current iPhone with all the additional features mentioned above, and in only two to three months time from now.