The iPhone 5s and iPhone 5c may only have been around for a short time, but already, the rumor mill is abuzz with talk of the iPhone 6. In the run-up to the release of the last few iPhones, we’ve heard that Apple would be going with a larger display, and although the iPhone 5 did somewhat break the long-standing mold, it’s yet to compete with the many 5-inch+ Android devices and soon, Windows Phone devices on the market. This could be all about to change with the next iPhone, though, with a new report suggesting that the device, which will probably be launched next September, will include a larger, 1080p display.

Although some factions of the Apple community have implied that the time is right for a larger-displaying iPhone to be released, the Cupertino company has yet to budge, but this plausible report suggests that Apple is making plans to introduce a 5-inch screen with iPhone 6, boasting full HD 1920 x 1080 resolution. This would work out at 440ppi, and naturally, would very much fall within the confines of Apple’s arbitrary “Retina” rules.

At 440ppi, the iPhone 6 would offer a similar pixel density to that of the HTC One and Samsung’s Galaxy S4, and although both would have been succeeded by this time next year, could Apple be about to make an even bigger statement than the iPhone 5s – lauded by many as the most significant iPhone release since the first model arrived in 2007?

It’s worth noting that, at present, the iPhone 5s’s 4-inch display, at 1136 x 640, works out at 326ppi, and so this jump to a full HD panel would offer a noticeable difference. Of course, devs would have to then tweak and optimize apps to conform with the increased real estate, but ultimately, this is a small price to pay, especially to those Apple fans pining for more room to maneuver. 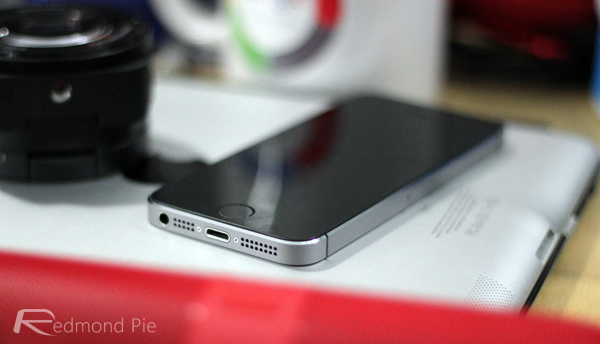 It’s far too early to tell whether there’s any substance to these claims, since even if Apple has been considering the idea, it would not have made any definite plans so far ahead of next fall. Still, it will be interesting to see if the company does decide to edge up the display of a device now noticeably smaller than most other flagships, and we’ll be keeping an eye out for any other iPhone 6-related murmurings.