iPhone 6 Plus Has Already Captured 41% Of Phablet Sales In The U.S.

It looks like the iPhone 6 Plus has been a huge hit in the U.S., where the device has single-handedly captured an impressive 41% of the phablet sales, according to three months of data ending on October 2014.

Just a day earlier, it was reported how Apple’s sales had increased during these three months in major markets across the globe, with a sharp 15% increase in China. Kantar cited iPhone 6 as the chief reason for this overall increase. 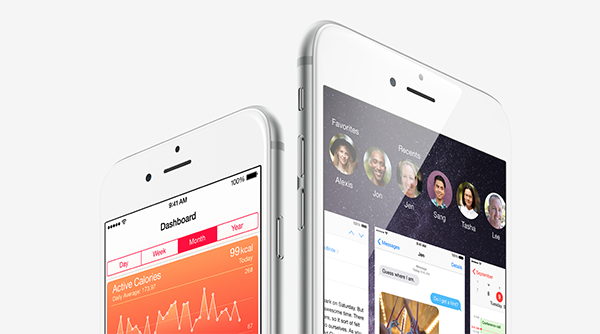 However, the U.S. experienced an increase of 0.2% only, but this bland picture suddenly changes if you bring the sales of the iPhone 6 Plus in perspective. Apple’s mighty 5.5-inch phablet accounted for a major 41% of the phablet sales in the U.S.

The main reason for iPhone 6 Plus being the preference for some consumers was due to its larger screen size, with 4G capability being the second most important perk which made users flock towards it. However when pit up against the rest of the iOS devices lineup, iPhone 6 Plus only managed to capture 10% of iOS sales, with iPhone 6 being the dominant device, followed by the iPhone 5s.

However, it’s that 41% that should be very seriously looked into by the competition, where a debuting device single-handedly captured almost half of the phablet market; one that is enjoyed by the likes of Samsung and other manufacturers since the past few years. And given the fact that Apple has made its mark pretty deep this time around with the release of its new iPhones, it should definitely ring a few alarm bells in Korea.

With the Galaxy Note 4 also off to a slow start, and considering how this data belongs to a set of just 3 months, it’s fairly evident that the larger screen size of the iPhone 6 Plus proved to be a winning formula for Apple before this year comes to a close.

Data from October onwards, leading to the new year, will truly tell if Apple can hold its crown against other phablets out there in the market.

Do you think the iPhone 6 Plus will dominate the phablet market across the globe in the time to come, especially with the likes of the Note phablets lineup, and the newly released Nexus 6? Let us know in the comments section below.