Apple’s product design has been an instrumental component in their market dominance for the past few years. Combine their beautiful hardware aesthetics with the ease of use of their software, and you have a recipe for selling a lot of products. Under Steve Jobs’ direction, as they became the market leader, Apple rarely released a product which could have been considered to have ‘questionable design’. Strangely enough, however, the new iPhone 5c came with a case that could only be described as having questionable design.

When the iPhone 5s and iPhone 5c went on sale around the world yesterday, Apple also released the official cases for both iPhone 5s and 5c that they had touted at their September 10th media event. The iPhone 5s case is relatively unremarkable, apart from one flaw which I highlighted in my review below, it’s where the 5c case comes in where things get a little hairy. First of all, the general aesthetic design is horrid. In what can only be described as a ‘croc-impersonator’, the 5c case could look at home in a child’s shoe shop. I may be being a little harsh, but just take a look at it and tell me it’s not exactly pleasing on the eye. 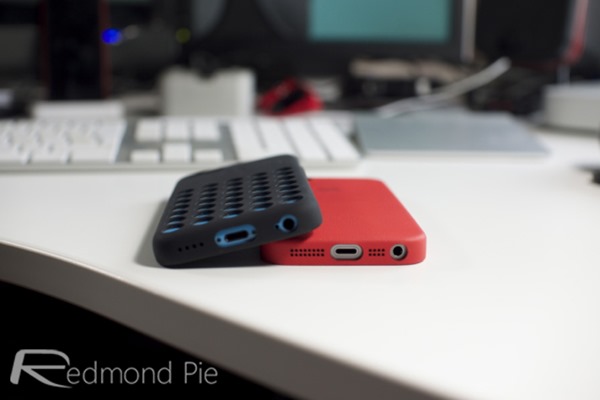 Talking in terms of general functionality, a case is there to protect your phone. These cases will successfully accomplish that feat with no issues. The only slight drawback in this department is the lack of lay on the table design, which means you’ll want to avoid placing your phone face down on surfaces or (obviously) avoid dropping it face down. With this being said, there are a whole host of iPhone 5s cases already that will do a better job in the protection department, for a lot less than $39. I’m also sure that the iPhone 5c cases are not far behind with third-party manufactures most likely working around the clock. 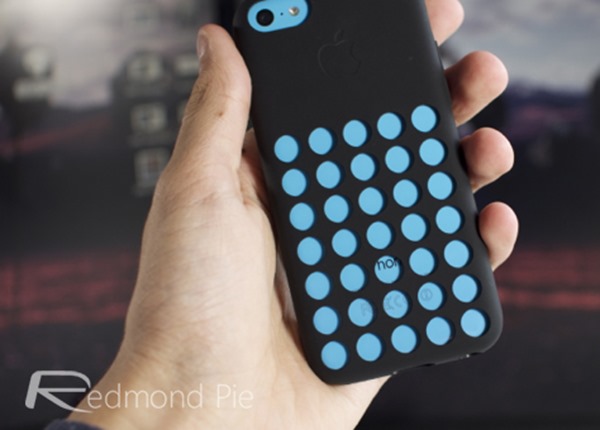 Just don’t get me started on the ‘hon’. On the back of the iPhone 5c – only when the case is on – the ‘iP’ and ‘e’ of the word ‘iPhone’ is obscured, leaving the word peaking out of one of the cheese-grater holes as simply ‘hon’. We’re talking about the people who manufactured the actual handset themselves, obscuring the brand name of the aforementioned phone. If that’s not questionable design, I don’t know what is. All I know is that Steve Jobs would have had a few things to say about ‘hon’.