iPhone 5 Commercial Parody Takes A Pop At The Lonely Side Of Our Lives: Snapping Pictures Of Food [VIDEO]

We aren’t really sure what Apple has in store for us in regards to the naming convention for their next-generation iPhone. It could be the iPhone 5, although that doesn’t really make any sense considering it’s the sixth-generation of their smartphone. It could follow the route which Apple took with the current iPad model and just called it The New iPad, or it could be something totally different altogether which we aren’t aware of. Regardless of what it’s called, the bottom line is the interest in the device is currently at unprecedented levels that have pushed Apple’s market capitalization value to the highest of all time, making them the most valuable company in history. Not bad.

We already know what to expect from the new iPhone thanks to the numerous component leaks and renders which we have seen over the last few months, and in all honesty, it looks pretty spectacular. However, things could have been extremely different if Apple had undertook the same market research which Adam Sacks seems to have carried out that has led him to produce a rather amusing iPhone 5 parody commercial that takes a little light-hearted pop at the iPhone and its users. 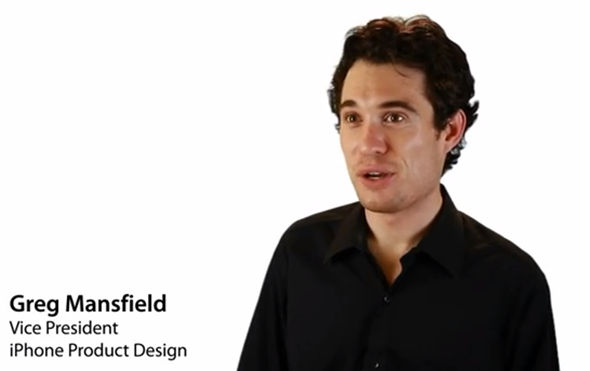 The commercial begins with Apple’s fictional iPhone Product Designer, Greg Mansfield, telling us how the company has studied the usage traits of iPhone owners in order to find out the most used features. The interesting result is that it seems we all use our Apple smartphone to take pictures of the food we are eating and then post them to various social networks in order to make our lives look more interesting and full of social goodness. The rather worrying thing is that I personally actually know someone who posts pictures of every meal they eat using their iPhone 4S so this isn’t as far-fetched as it may sound.

As a result of this market research, the parody commercial shows that most of the features of the iPhone have been stripped back to be just a rather nice looking DSLR camera with a high-resolution rear display, a 50mm macro-lens and a maximum ISO of 6400 to ensure users get the best possible images of their meal. Apart from the advanced photograph taking abilities, Siri hasn’t been forgotten about and has maximum food integration to make suggestions based on the images we snap. Not exactly the new iPhone that we were expecting but it does show the lighter and more humorous side of iPhone ownership.