If you thought that the Galaxy S II was done and dusted as a brand for a wide variety of Android smartphones from Samsung in 2011, you’re going to be disappointed. After variants like (S II) LTE, HD LTE, Epic 4G Touch, Skyrocket, Captivate Glide, the Korean company is strongly rumored to be introducing one (hopefully) last variant called the Galaxy S II Plus. Check out the details regarding its looks and hardware specifications after the jump.

The news comes from SamMobile in the form of a short post in which they cite a page on VTR – a Chilean wireless carrier – which has photos and specifications of the Galaxy S II Plus.

The device actually looks a lot like the T-Mobile Galaxy S II variant with its smooth curves and four capacitive buttons (instead of the one physical, two capacitive combo on the International Version).

So what is so different about it that merited the “Plus” in its name? Perhaps it is to be compared with the original Galaxy S II international version with its lower clocked processor (1.2GHz), slightly smaller display (4.3”) and a slightly different design?

Information regarding the device’s availability and pricing is still unknown; we will keep you updated in case it comes to USA and Europe – two of the biggest smartphone markets – and if it gets a nice price (say, $49 with a contract). 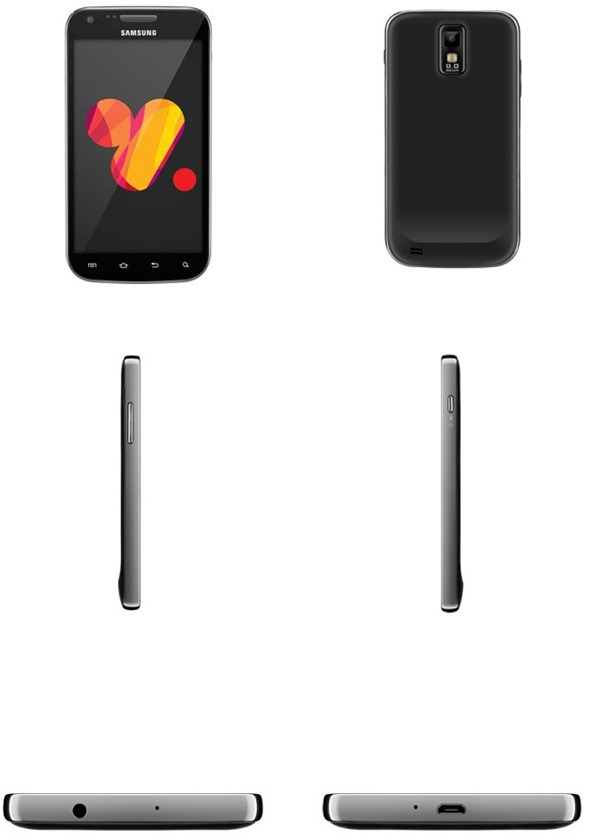 Samsung really needs to work on its product naming scheme. With variants like HD LTE, S II LTE and S II Plus (both with different new features), and names like Skyrocket, Captivate Glide, it’s really starting to get confusing even for technology enthusiasts.

Now that you’ve seen the photos and specifications, be sure to let us know what you think of the S II Plus by leaving a comment over on our Facebook and Google+ page.