Turns out people are pretty excited about the whole iPhone 5 thing, and the folks over at AT&T are no different. The carrier, Apple’s first ever iPhone partner, may now have been relegated to also-rans, but that doesn’t appear to have dampened their enthusiasm for the cash cow that is the iPhone.

With Apple set to announce the next generation iPhone on Tuesday, October 4th, it appears AT&T has already started to receive cases for the mystery device and, tellingly, they’re for an ‘iPhone 5’ and not the iPhone 4S device so many have been claiming will put in an appearance next week. 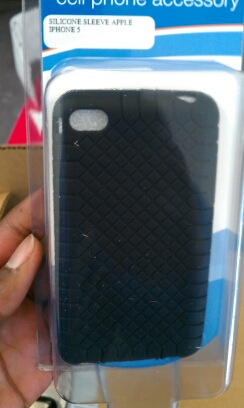 The cases, photos of which have found their way to our friends at MacRumors, appear to show off the kind of shape and dimensions that have been talked about for the fifth-generation iPhone – a generally larger device, tapered, and thinner than the iPhone 4.

We now have evidence that cases for the rumored iPhone 5 redesign have already begun arriving at AT&T retail stores, as one reader has sent us alleged photos of iPhone 5 silicone sleeves that appear to have arrived at his AT&T store today. Like other cases for the rumored redesign of the iPhone 5, these cases appear to show a tapered design and the mute switch moved to the opposite side of the device.

This is the nearest thing to confirmation of the iPhone 5’s existence that we’ve seen so far. It’s all very well showing photographs of supposed iPhone 5 cases in some backwater Chinese market, but it’s a completely different matter when they are in packages, and sat in an AT&T stock room. 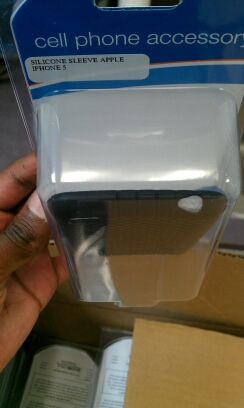 If the iPhone that Tim Cook and his cronies will show off next week is indeed the iPhone 5, then we could be in for a treat. Speculation has reached fever pitch around the device, with the iPhone 5’s specifications claimed to be of a considerably higher standard than the alternative – the iPhone 4S. And that’s before we even get started on the cosmetic changes!

The iPhone 4S, by contrast, is believed to essentially be an iPhone 4, with a few tweaks here and there, but all housed in the same chassis and glass plating we all know and love. While we do indeed love the iPhone 4’s look, we’ve been looking at it for long enough now, and we’re more than ready for something new.

Come on Apple, make it happen!