Apple will be live streaming their October 4th iPhone Media Event at one of its stores in London for members from the press. 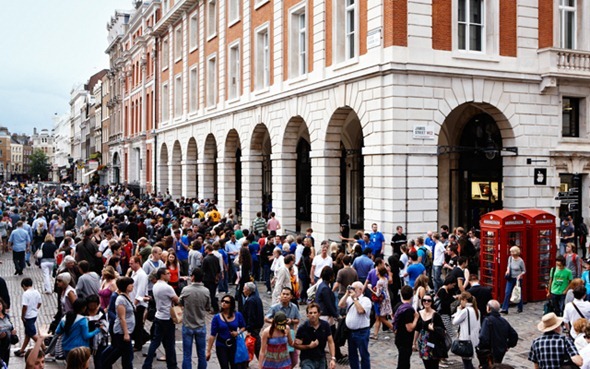 The news comes from MacRumors – a blog dedicated to covering rumors related to Apple – in a post published recently where they cited a memo Apple sent to staff members at one of their Apple retail Stores in London.

Although Apple recently started live-streaming their events, this is the first time Apple is actually holding an event for it for members who cannot fly to California to attend it.

This live-streaming event will be held at the world’s largest Apple Store i.e. Covent Garden, London on October 4th and will be exclusive to members from the press. The Store will be closed at 3:30 PM on the day of the event in order to get things ready for 6:00 PM local time when the live streaming will begin.

Here is the message Apple sent to its team:

Hello Team,
As we begin to start a very exciting quarter in Apple Retail, I am pleased to let you know that our Covent Garden Store will be hosting a keynote streaming event next Tuesday 4th October. This event will be a press only event and currently we have no further details on what will be presented. The store will be closing at 3.30pm to accommodate this.
This is a really exciting event for our store and we are passionate about delivering an outstanding Covent Garden experience.

The iPhone Media Event was officially announced two days ago after months upon months of speculation. It is the first high-scale media event to be held at Apple’s own campus (instead of some place in San Francisco) at Apple Town Hall Auditorium, Cupertino, CA.

It is quite clear to us that this is the event where a new iPhone (or iPhones, according to Al Gore) and, reportedly, a new iPod touch will be announced. It has been reported that CEO Tim Cook will present the keynote, along with help from other Apple executives like Phil Schiller and Scott Forstall.

Once again, we repeat that the event will be held at 10 AM Pacific Time on Tuesday, October 4th. We will be covering the event as it happens, so stay tuned!