According to a report published today, Samsung has offered Apple a deal which, if accepted, would allow the Korean company to launch its Galaxy Tab 10.1 tablet in Australia. 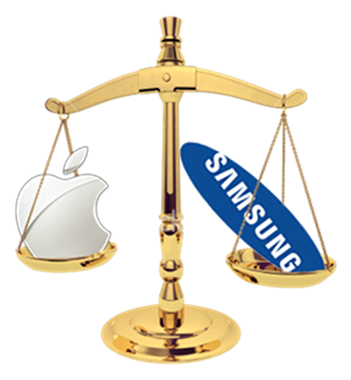 The news comes from a report published by Wall Street Journal – a daily newspaper of international repute – in which they cite a statement from Samsung attorney David Catterns who says that Samsung today offered Apple a deal to settle their legal battle down under.

If Apple accepts the deal, Samsung “could” be allowed to launch their Galaxy Tab 10.1 tablet as early as next week in Australia.

Lawyers for Samsung Electronics Co. Ltd. on Friday offered Apple Inc. a deal on a patent dispute over the two companies’ tablet computers that could allow the Korean company to launch its Galaxy Tab 10.1 device in Australia.

The agreement, if accepted by Apple, could see the tablet’s launch next week, Samsung’s attorney David Catterns told Dow Jones Newswires after a hearing at the country’s Federal Court in Sydney.

Apple has been suing Samsung in every country that the company can manage. It started back in April in the USA and the lawsuits now span the entire globe: Japan, Netherlands, Germany and UK just to name a few.

Samsung was recently sued by Apple in Australia over, you guessed it, patents that Samsung allegedly infringes upon in their Galaxy series of smartphones and tablets which includes the Galaxy S, Galaxy S II, Galaxy Ace smartphones and original Galaxy Tab, Galaxy Tab 8.9, Galaxy Tab 10.1 tablets.

The reason as quoted by SMH why Apple is going after Samsung in such an aggressive fashion became clear when its lawyers stated that the company fears that the Galaxy Tab 10.1 might “take away iPad 2 sales quickly” and that its customers may be “seduced” and, therefore, turn away from its iOS platform.

While the reason seems unreasonable, the issue Apple basically has with Samsung is how the Galaxy Tab 10.1 is apparently made to look and work like an iPad. Honestly speaking, it is a little hard siding with Samsung when you see stuff like this.

Anyway, details regarding this deal are unclear at the moment but, from whatever little information we have, the deal is something that has “potential benefit” for both companies as “[Samsung’s] inconvenience would be diminished and [Apple] would be be comforted [by the deal”.

Good luck to both companies in this international legal battle. May the company with the most patents win!