We’re now just a few short days away from the unveiling of Apple’s latest and greatest iPhone, and the rumors are coming in thick and fast. The latest comes via the often reliable source 9to5Mac. 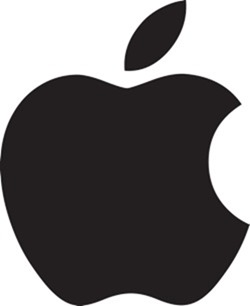 Their source, going by the mysterious name of Mr. X, has been reliable in his own right in the past, so we tend to believe this latest claim. That claim points us to Apple’s next iPhone, be it the iPhone 5 or iPhone 4S, being available in three different memory configurations.

Currently maxing out at 32GB, the iPhone 4 isn’t often lamented for its lack of space, but many want to keep huge media libraries on their smartphones, and with apps, and especially games, starting to balloon in size, the more space the better in our minds.

With that in mind, Mr. X’s claim that the next iPhone will be available in a 64GB memory configuration, doesn’t seem all that far fetched. Many pundits and commentators were surprised that Apple chose not to go the whole hog and introduce a 64GB model when the iPhone 4 was announced, and with the iPad and iPad 2 reaching that capacity, it’s a fairly safe bet that the iPhone will, too.

Apple’s iPod touches have been available in 64GB variants for some time now, and we don’t expect Apple would want to have its flagship product lagging behind its iPods.

A final tip from Mr. X suggests that both white and black flavor iPhones will be made available this time around, with Apple finally putting to bed the horrendous manufacturing issues they encountered with the iPhone 4. It took the Cupertino boffins nearly a whole year to manage to find a way to make a white glass-encased iPhone that didn’t suffer from coloring defects, despite every Chinese replacement parts dealer seemingly having no such problem.

We still don’t know just what we will be shown on Tuesday the 4th, whether it be an iPhone 4S, with beefed up internals but an iPhone 4-like appearance, or an iPhone 5, a complete redesign of the product line incorporating a teardrop shape and a lager screen.

We’re obviously hoping for the latter, but wouldn’t be at all surprised if the former is Apple’s iPhone 4 replacement.

Fingers crossed this whole thing won’t turn out to be the biggest disappointment since the HP TouchPad!