Apple has confirmed that it will hold a special event on September 7, and a new leak claims to show the colors that we can expect the iPhone 14 Pro and iPhone 14 Pro Max devices to ship in.

The images, shared by MacRumors, appear to show a new blue and purple finish alongside the familiar Gold, Graphite, and Silver options that have been around for a couple of years now.

As MacRumors points out, it isn’t clear whether these devices are dummy models or actual iPhones, although the former seems most likely — including a second image that is more tightly cropped than the first.

It is also of note that the antenna bands of the Gold and Purple models contrast with the frame due to being white, unlike iPhones in previous years. It is not clear if the items in the second image are genuine ‌iPhone 14 Pro‌ models or simply dummy models, although the latter may be more likely given the volume of ‌iPhone 14 Pro‌ dummies that are now in circulation.

A short video posted to Twitter also appears to show the new purple color, suggesting that it only appears purple “at certain angles.” 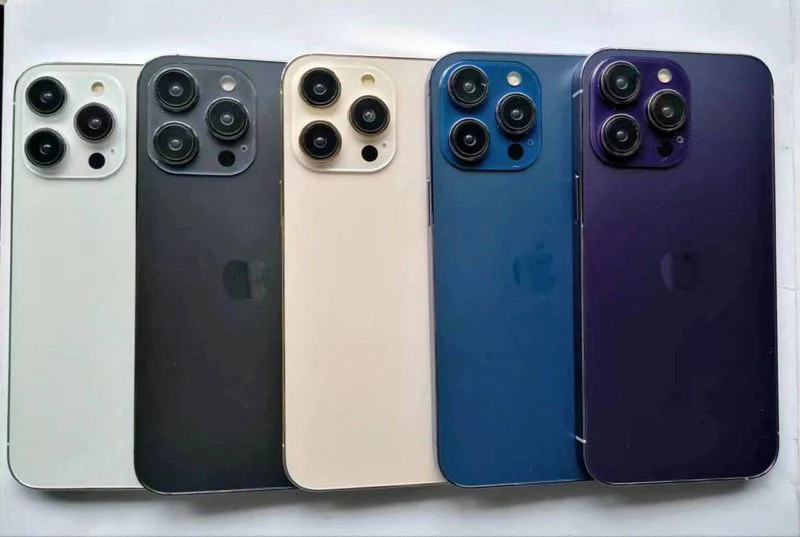 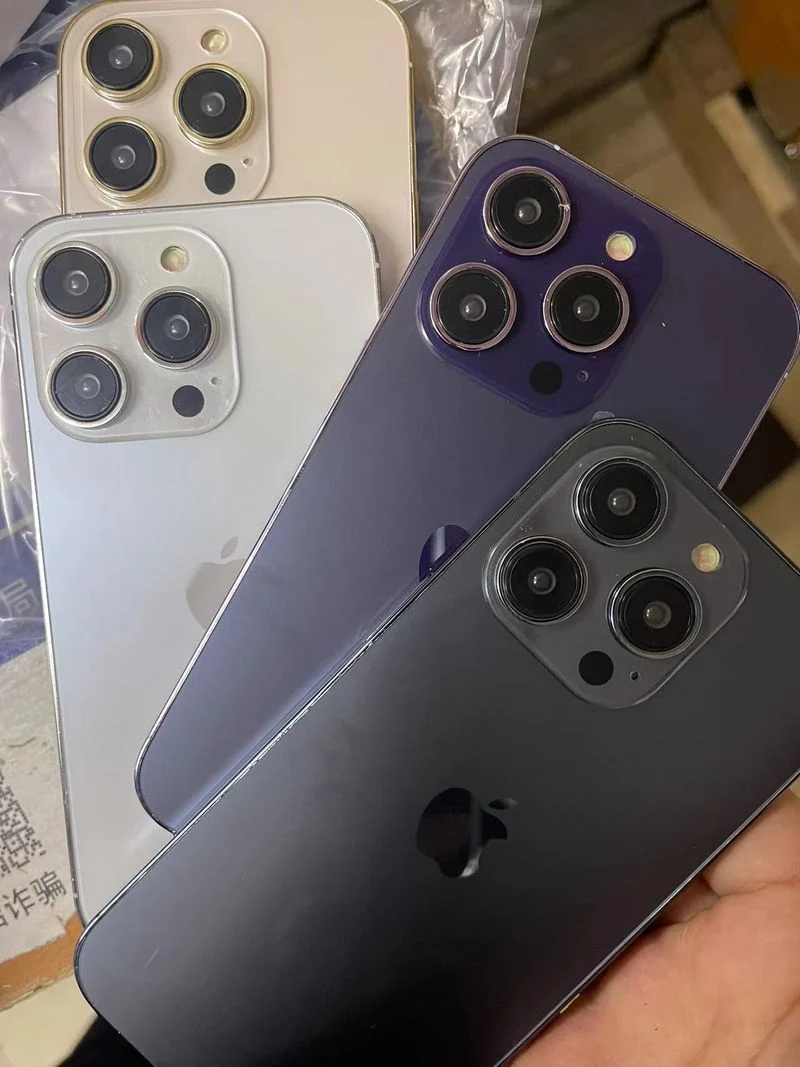 Apple is expected to announce four new iPhones on September 7, with the iPhone 14 Pro and iPhone 14 Pro Max being the only ones packing new A16 chips, an always-on display, and an improved 48-megapixel camera.