iPhone 11 Dropped In Lake For 6 Months Returned To Owner

We’ve all seen people drop iPhones and have them break., and we’ve seen some survive. But how many people have seen iPhones dropped into water and then survive after spending six months down there? Nobody. Well, maybe one person now.

Diving in the Harrison Lake in the Fraser Valley of British Columbia, Canada, divers Clay and Heather Helkenberg found an iPhone 11 and retrieved it. 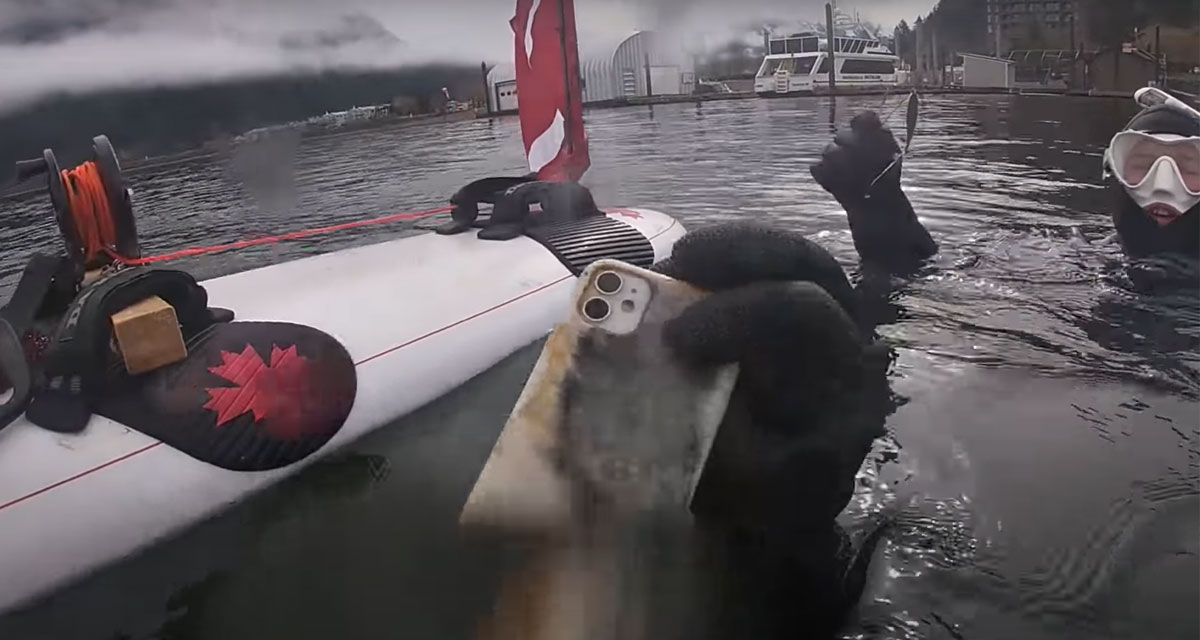 When they discovered that it was still alive and kicking, they took the SIM card out and called the iPhone’s owner. Fatemeh Ghodsi received the call, a full six months after dropping the iPhone. As told by CBC:

Fatemeh Ghodsi was skeptical at first when she got a text from someone saying they found her phone nearly six months after she lost it in Harrison Lake.

Ghodsi, who lives in Vancouver, was confused and thought one of her friends might be playing a prank on her. But she was soon convinced and made the trip to Chilliwack to collect the phone, which amazingly still works.

Amazingly, the iPhone survived after spending six months at the bottom of a lake. Apple says that its iPhone 11 is water resistant but not waterproof. That said, it seems that your mileage may vary and while some iPhones last six months submerged without issue, others die after landing in much shallower water for a shorter period of time.

So, yeah. The next time you drop an iPhone into a lake, cross your fingers. Who knows when you’ll see it again.