It is being suggested that Cupertino-based Apple Inc. could see USB mouse support as a roadmap feature for its extremely popular iPad Pro hardware. This has been suggested by Federico Viticci on the latest Relay FM Connected podcast.

It seems that Vittici may have known about this proposed feature addition for quite some time but has been sitting on the information. 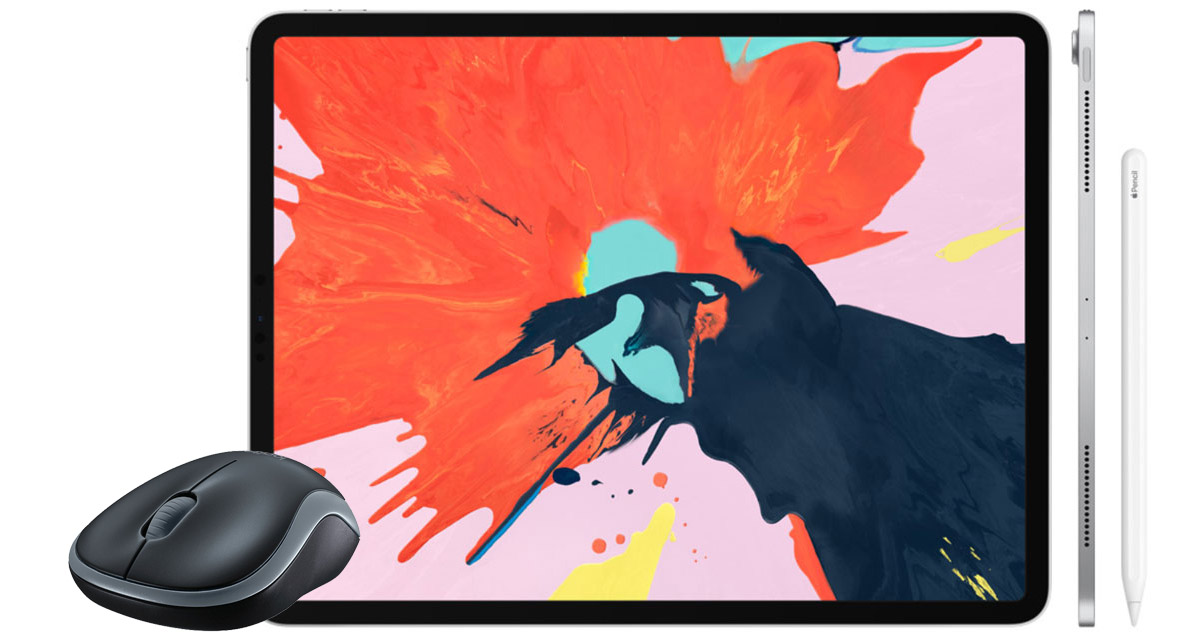 Interestingly, after the Connected podcast, well-known developer Steven Troughton-Smith took to Twitter to not only confirm the discussion, but to also add his belief that this feature is actually coming to the iPad Pro as an accessibility feature.

Vittici had speculated that the USB mouse support would come without the need for adapters and would work by turning the feature on in the Accessibility options and then using the USB-C port to plug in a compatible mouse.

Troughton-Smith then took to Twitter to outline his belief in this feature and to also quip that he believed every single pro user would simply enable the feature as soon as it was available. It seems that two well-informed individuals are generally in agreement that this roadmap feature will come to fruition but it is the exact implementation of it which remains a mystery. 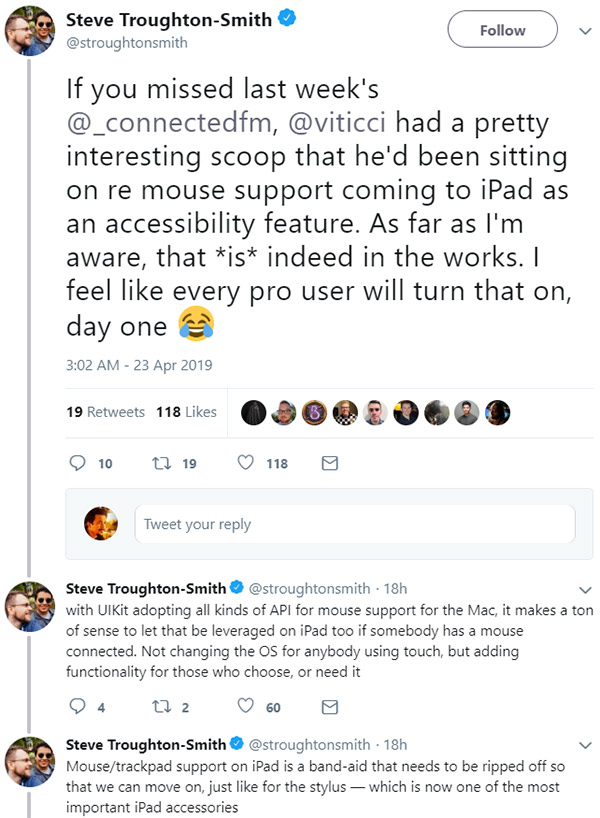 It would simply feel out of place to have a standard mouse cursor whizzing around the iPad Pro display, which has led Troughton-Smith to speculate that Apple could implement “a small circle or dot” cursor in its place. Something which would look and feel a lot more at home on the iPad display.

There is no timeframe in place for this accessibility feature to be added but it is not beyond the realms of possibility to maybe get a glimpse of this when iOS 13 is demoed at this year’s Worldwide Developer Conference in June. If so, it would mean a September 2019 release for the public.