The iPad mini is largely considered to be the better looking of the two iPad variants currently on the market, and with the fourth-gen iPad appearing almost identical to the iPad 2 (only heavier and thicker), it is strongly suspected Apple will beautify its flagship tablet with a touch of the anodized aluminum. Whilst it’s still unknown whether this will in fact be the case, a leaked image of a purported ‘iPad 5’ bezel seems to indicate that, at least from the front, the next iPad could borrow a few design points from its scaled-down counterpart.

Apple’s decision to make the bezel thinner along the two vertical axes of the iPad mini is seen as much more efficient from a design perspective, and while also making it easier for the user to hold, it just looks much better. This leak could just be another pretender trying to reignite the rumor mill, but with Apple having made no effort to alter the iPad 4’s design (despite having saved room through the implementation of the Lightning connector), it may just be that Apple is planning to make amendments next time around.

Not often does Apple release products heavier or thicker than those preceding, but with the wheels seemingly in motion for an iPad mini-like design, one would expect to see a much less lethargic-looking fifth-generation offering. The iPad 4 is pretty bloated considering how many revisions it has seen, but while the device’s release alongside the iPad mini was seen as rushed (it did, after all, only drop seven months after the iPad 3), this leak suggests a lot more time and effort is being put into the next one.

As you would expect from the bezel leak, you have your standard holes for the home button and FaceTime camera, but since the image, gathered by sources of Nowhereelse.fr, cannot be verified, it’s hard to tell whether it’s an elaborate fake or the real deal. 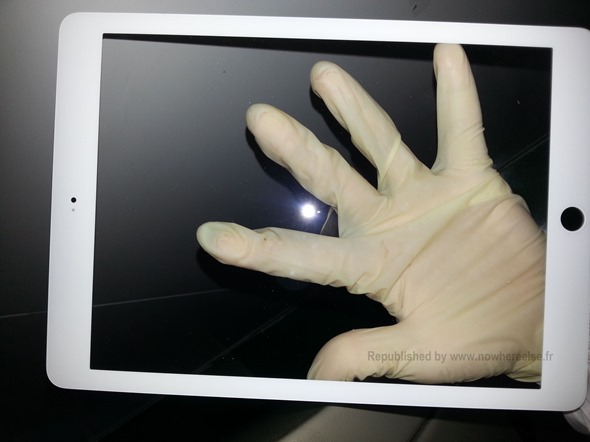 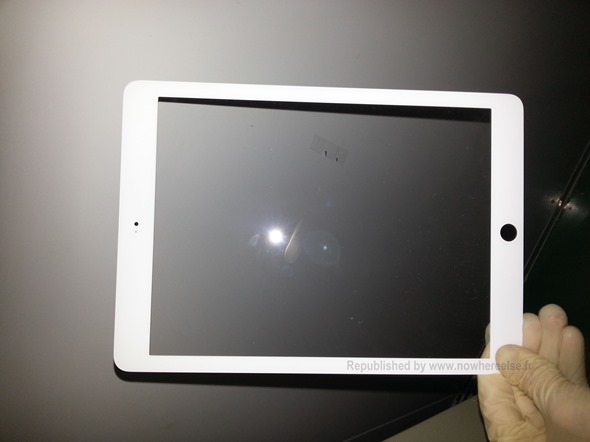 Indeed, if we were to place this bezel atop the previously leaked iPad 5 back cover, we would have an almost perfect iPad 5, but until we uncover something a little more concrete, we’d best take these leaks with the proverbial pinch of salt.

With that said, we fully expect to see Apple modernize the full-size iPad to create a uniform look with the mini, and will be sure to keep you updated on any further details as they emerge.