While Apple has announced the release date for iOS 9, they haven’t announced any specific time for it but if past major and minor releases of iOS are anything to go by, Apple will likely flip the switch on iOS 9 at 10:00am Pacific / 1:00pm Eastern time. 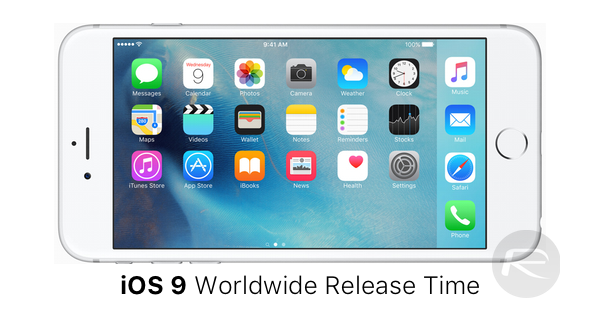 Apple’s official introduction of iOS 9 during this year’s WWDC not only managed to bring about enthusiasm from the general public looking to play with new features, but also from developers who were excited to work with the newest changes and API improvements. Rather than being an entire overhaul of the platform, iOS 9 represents what can be classed as a evolutionary progression of the platform, focusing on a number of core feature additions as well as generally stabilizing the platform to increase user-experience and performance across all compatible devices.

One of the great things about Apple is the company’s willingness to push boundaries and remain mysterious, while also sticking to tradition and remaining consistent and predictable in certain areas. As mentioned earlier, although we don’t have official confirmation from Apple on time, we can generally assume that iOS 9 will be made publicly available at 10am PDT (Pacific Time). That’s 1pm for all you ET (Eastern Time) individuals on the east coast. 6pm for those in UK.

Based on this, we can provide what we believe are fairly accurate times in other territories around the world that you can check in the chart below: 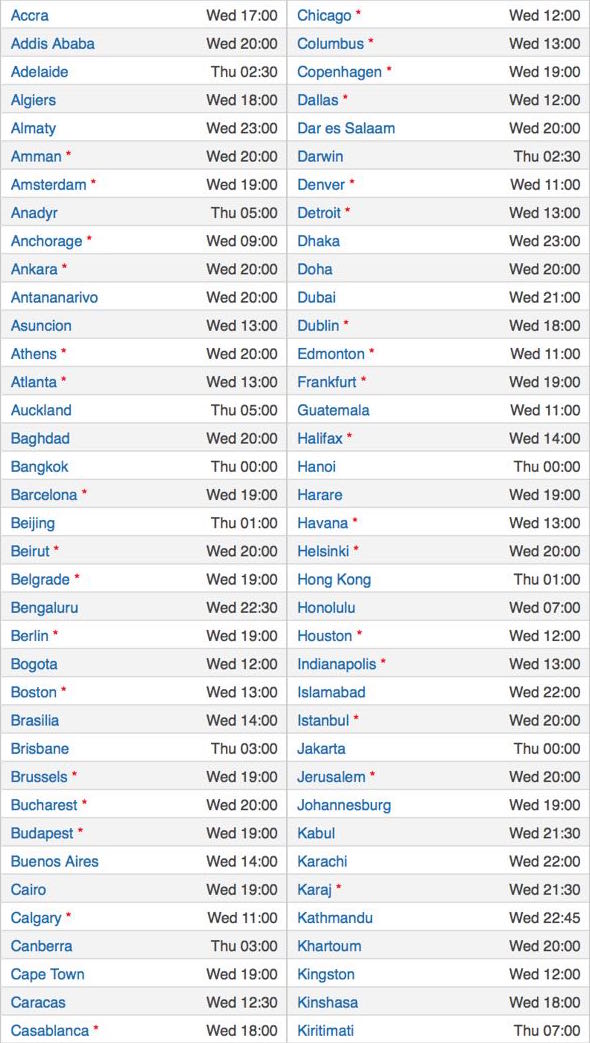 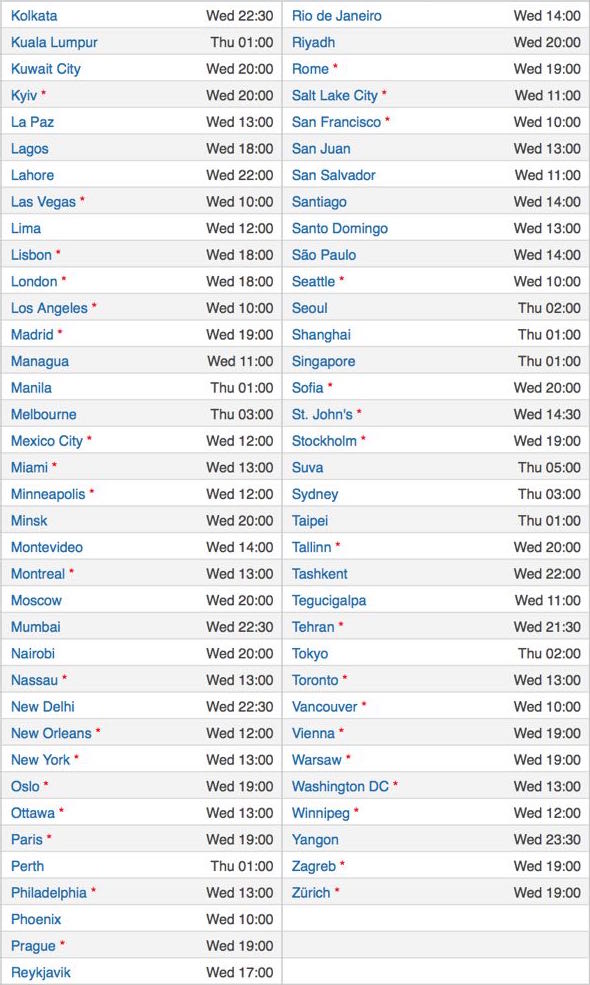 As always, it’s worthwhile preparing yourself and your hardware for the journey ahead. Whenever you’re about to update to a new firmware it’s always prudent to make a full local or iCloud backup. There’s also the mental preparation required to do battle with Apple’s authentication servers that will undoubtedly be taking a hammering from all over the globe.

Good luck, and enjoy everything that iOS 9 brings.