Apple’s beta process for its big software release is well documented at this point, with numerous beta releases coming and going while aspects are tweaked and features are added, or in some cases taken away. One thing is sure though – Apple tends to improve the situation with each release, at least as far as stability and performance goes.

Currently working its way through that beta process is iOS 9, with the second beta having been a huge improvement over the first in a whole cavalcade of ways. Battery performance went from being abysmal to stellar in one beta release, proving that Apple does pay attention after all. Now though, with iOS 9 beta 3 being a day or so old, the question is obvious: how are things this time around? 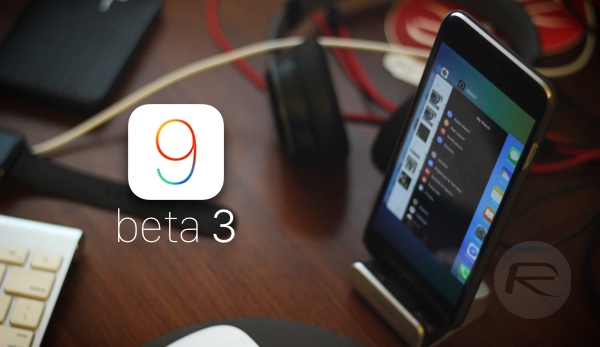 I’ve been using iOS 9 beta 3 on my iPhone 6 since I installed it late UK time on Wednesday 8th, and so far so good. Having been hugely impressed with beta 2 bar some interesting network problems that involved all network activity refuse to work every once in a while until I restarted the iPhone, I installed beta 3 expecting more of the same. As things stand right now, that’s largely the case.

The bad news is I still get my strange network problem, with both WiFi and 4G refusing to transmit or receive data. The fix now is to toggle Airplane Mode on and off though, so no need to force a reboot so far. We’ll see how that pans out moving forward.

Stability wise apart from that, we’re looking pretty good. No show stoppers have jumped out at me and things feel overall more stable than iOS 9 beta 2 and beta 1 before it, so I feel safe saying that Apple is moving us all in the right direction. Battery life is on a par with beta 2 rather than beta 1 thankfully, though we are admittedly still in the early days of testing the most current version so comparisons aren’t as accurate as they could be.

There are new features like Apple Music and the alteration of some existing ones such as the new Battery section inside the Settings app – it received a new button, for example. We’ve covered those already though, so I won’t go into detail here. Suffice it to say though, Apple isn’t done tinkering with iOS 9 yet, so who knows what beta 4 will have in store.

Overall though, things are looking positive on the iOS 9 front, and while it’s true that this is still a beta release and all manner of odd things could still befall my iPhone and the data kept on it, iOS 9 beta 3 at least seems to be one of the better beta releases to come out of Cupertino, and that gives me a nice warm feeling about the final release later this year.