When releasing apps, developers are obligated to be transparent regarding what personal, geographical and device-based information is accessible to said app. It also helps that developers are made to explain why these apps must perpetually check our location, for instance. With iOS 8, Apple has given the user an even better insight into what goes on behind the various UI elements, and soon, apps will need permission to continue using your location data in the background.

As we saw at the iOS 8 keynote on Monday, Apple has clearly put much effort into improving aspects of its mobile software and adding features that we, the users, will immediately notice. But throughout this week, we’ve also learned that the vast majority of the enhancements consists of small tweaks not obvious from the onset, and even though this new prompting on apps using location data is not game-changing, it’s both welcome and necessary. 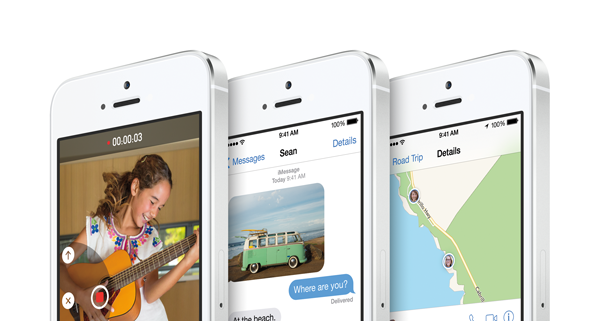 Back with iOS 6, Apple made it mandatory for apps to ask before using location data, and in iOS 8, users will subsequently be able to decide whether they want apps to keep using this sensitive information. This can, of course, already be configured manually in the settings, but with an additional prompt, backgrounded apps won’t slyly be logging info that you don’t necessarily wish to divulge with them.

Privacy is always atop the agenda in the ongoing discussion of mobile software and the data gathered from users, and even though most device owners ought to be aware enough to regularly check Settings and see which apps are snooping on their information, this pop-up message offers added peace of mind.

In the past four days, we’ve already stumbled across dozens of neat little features somewhat hidden within the first beta of the considerably improved iOS 8. With Apple usually rolling out at least half a dozen betas before deeming its software ready for public consumption – it’s nowhere near ready yet, by any stretch of the imagination – we’re braced for a whole lot more betas and intriguing discoveries between now and the September-ish release.

With two larger iPhones and an iWatch also said to be roughly coinciding with iOS 8’s release, we’re definitely excited to see what Apple comes up with, and we very much hope you’ll join us on this journey by continuing to follow our coverage here at Redmond Pie!