You may remember that I’m the guy that spent the entire iOS 7 beta program running the thing on my main iPhone. Starting with beta 1 and running all the way until the final shipping version went live on Apple’s servers. I came here to share my findings, essentially creating a diary of sorts that, every couple of weeks, was updated with what was new, what had changed and how I felt about iOS 7 as a whole. With iOS 8 now here in its first beta form, I’m here to start the process anew.

Except, there’s a catch. I’ll save that right for the end though. The pros call that a ‘teaser’ apparently. So consider yourselves teased. 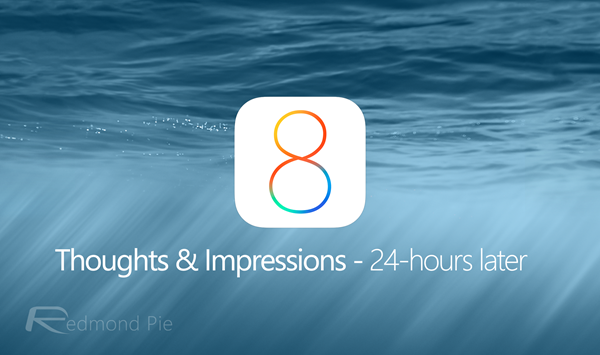 As far as iOS 8 is concerned, I’ve been getting rather excited about the idea for some time now, with WWDC’s opening keynote finally giving me, and everyone else for that matter, a glimpse at what Apple will be shipping as the operating system on its next iPhone. It’ll be available for lots of other iPhones and iPads too, but the iPhone 6 is where it should shine.

And shine it will, because alongside OS X 10.10 Yosemite, iOS 8 has quite the feature list. Tied to a Mac, it takes on a whole new level of usefulness, especially if you like the idea of making good ol’ fashioned phone called from your computer. Even if you don’t, there should still be plenty to keep you interested. If there isn’t, well, you’re probably not reading this.

Instead of sitting here and regurgitating what’s new in iOS 8 – that’s been done to death across the Web, and we’re no different – I’m going to cover a handful of things that I really like and dislike about iOS 8 having used it on my main iPhone 5 for the last 24-hours. It’s not enough time to know the system inside and out, but it’s more than a ten minute play, and long enough to get a feel for what Apple is trying to achieve this time around.

Boy oh boy, have we been begging for this for what seems like forever! Being able to swipe a notification and interact with it without having to launch any apps is a thing of wonder when you’re not used to it. Of course, Android users will be well aware of what can be done with a proper notification system, but those of us running around with iPhones and iPads have been left out in the cold. Now though, we too can reply to messages from the lock screen, or like Facebook photos (once the app gets an update) or comments. Imagine getting a Tweetbot notification and instantly replying without leaving the app you’re in. I adore interactive notifications, and can’t wait for apps to start taking advantage of them. 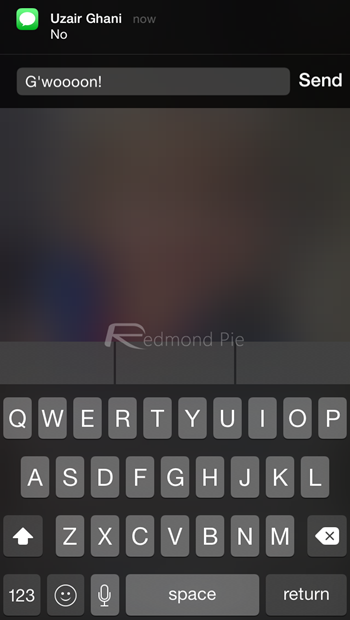 Speaking of features that apps need retooling for, iOS 8 now has widgets. Similar to interactive notifications, widgets will mean that we can do things, or receive information, without ever having to fire up an app. Sports scores will live in widgets from now on, as will top news headlines. Tweets could make up another widget and Apple demonstrated an eBay widget that lets users bid on watched items right from Notification Center. Again, it’s similar to what Android users have had on their home screens for a long, long time. But this is iOS, and the possibilities are endless. 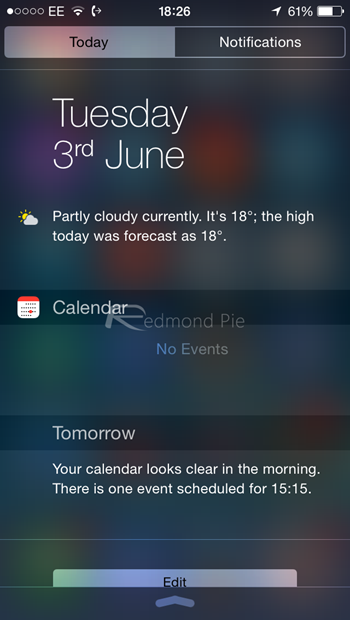 Now this is an interesting one. Part of Apple’s apparent focus on text input, the stock keyboard now comes with a prediction feature which will try and guess the next word you’re about to type. It’ll give you three options, and if any are right, you tap it. The idea is that it makes you quicker at typing, because you don’t need to type as much. Except I hate it. 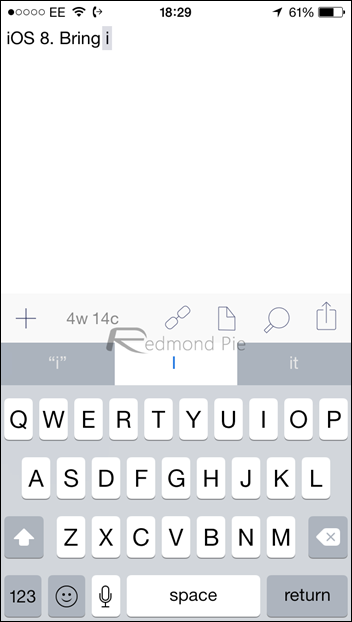 I’m already a pretty quick typer on iOS. I’ve written entire blog posts on iPhones. But I can’t use QuickType. I just can’t. Thankfully, swiping down on the three predicted words turns the thing off!

The reason I don’t like it is probably more my failing than the system’s, because I can’t stop looking at it. I seem to spend my time typing a couple of characters, stopping, looking up to see if iOS has found the word I want and then carrying on. Even if it does guess correctly – and it’s actually pretty good at it already – I could have just typed the thing in less time than it took for me to see the word, recognize it’s what I wanted, and tap it. If it’s not the center word, the time’s increased because you have to scan across the line, too.

So yeah, not so keen on that one.

Quick-fire round, so try to keep up. 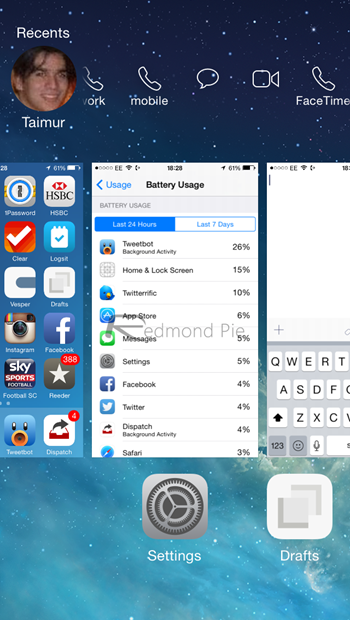 This is the first beta release of iOS 8, and that should be remembered at all times. Problems are to be expected, and not everything’s going to work. That being said, once this is written, iOS 8 is gone from my iPhone. I’ll install beta 2 in a couple of weeks – I’m guessing that’ll be the release cadence – but at this point, I just can’t live with it.

The reasons? General beta stuff. Too many of the apps on the first page of my home screen just don’t like iOS 8; my banking app, my Twitter client of choice, my Web browser. And I’ve been trying Safari as a result. Still don’t like it. Even the app I keep all my usernames and passwords in won’t launch.

On top of that, system-level features are flakey at the moment, too. Copy and paste is troublesome at times, for example. Stock Apple apps do strange things. It’s a beta, and you certainly feel it.

A thousand words in, and I’m going to say it again: it’s a beta release. The first one at that. It’s expected to be flakey. It’s fine.

I got away with iOS 7 because only one app failed repeatedly at the time, and that was an app I used to get football scores. That I could live with. This time around, I’ve not been so lucky. That doesn’t mean iOS 8 isn’t going to be absolutely awesome though.

It just means I won’t be using it day-in, day-out just yet.

Maybe in a couple of weeks.