Apple plans to add even more social media integration to the forthcoming iOS 7 update. Both Flickr and Vimeo look set for Twitter and Facebook-like integration, which would see users able to tap in their credentials once within the Settings app and simply authorize any third-party movements from within the iOS infrastructure.

Of course, in the fast-moving world of social networking, any new integration is always welcome. But considering how popular the iPhone is particularly with users of the Yahoo-owned Flickr, it’s perhaps surprising this kind of integration hasn’t come along sooner.

The Cupertino company molded Twitter into iOS 5 before doing likewise with Facebook on iOS 6, and with both of those features having been well received by consumers, it effectively stands to reason that an expansion of this trend will continue through iOS 7.

Apple has long since sought to eradicate all remnants of Google from iOS, and having (admittedly unsuccessfully) removed Google Maps from the stock feature set in place of its own shocking Maps app with iOS 6, Vimeo integration would certainly help iOS 7 users refrain from downloading the Google-owned YouTube.

Bringing both Flickr and Vimeo right into the heart of iOS will also make sharing content a great deal easier, allowing users to upload their images and clips straight up to the two respective networks with relative ease.

As well as the promise of deep integration with Flickr and Vimeo, there’s also the small matter of the radical design overhaul we’ve heard so much about. Jony Ive now oversees the aesthetic elements of the fruit company’s mobile OS, and since his ideas conflicted vastly with former iOS SVP Scott Forstall, on looking tech fans are expecting a much cleaner, flatter looking iOS when the seventh edition is showcased at next month’s WWDC 2013.

The anticipated alterations to iOS 7 have certainly ramped up excitement ahead of the annual Apple developer conference, which takes place on the week commencing June 10th, and we certainly cannot wait to see what is going to be revealed in little under three weeks’ time. 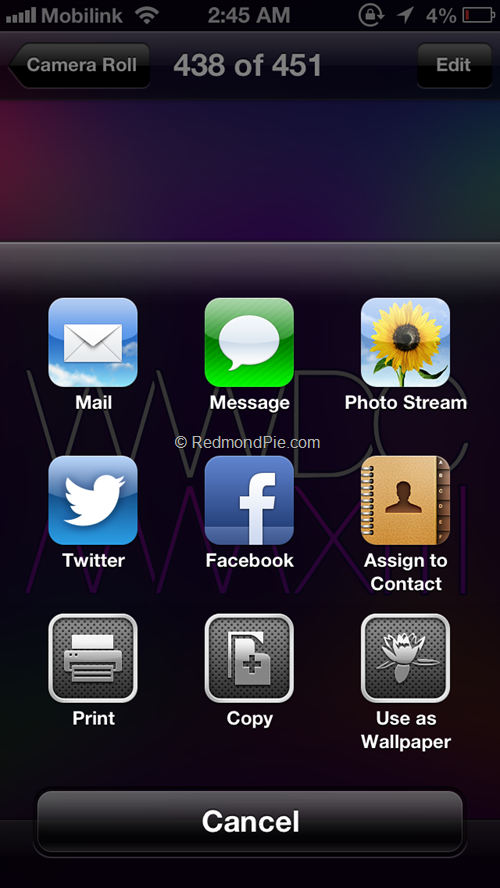 Should we catch wind of any iOS 7 gossip or leaks you need to know about, we will be sure to share them with you guys, so make sure you stay tuned to our coverage here at Redmond Pie!