Apple’s Maps app, which, in case you hadn’t already heard, was released two weeks ago along with iOS 6, has quite a great deal wrong with it, and one of the key concerns of consumers is its lack of accuracy. Those accustomed to Google Maps may have been able to excuse many of Apple Maps’ other flaws and imperfections, but a mapping application strewn with error and falling short on delivering pinpoint results serves as little use to man or beast.

As we know, Apple’s own Tim Cook delivered a groveling apology to the world in an open letter last week, and as well as recommending several other maps apps iOS 6 users should utilize for the time being, pledged his company would be dogmatic in working and delivering improvements to iOS Maps.

Although major enhancements have yet to begin showing, Cook’s promise does appear to be offering signs of bearing fruit, and many major errors such as missing roads and points of interest are beginning to be amended. Apple has a large team dedicated to tackling such issues, and naturally, as more people use it and spot these issues, more and more of them will be cleared up, making for a generally more solid app.

Many iOS 6 users have seen snags sorted out promptly after reporting them. For example, one user based in New Zealand – just north of Auckland – noticed Apple had sorted out an issue with an exit to a highway, as demonstrated in the image below: 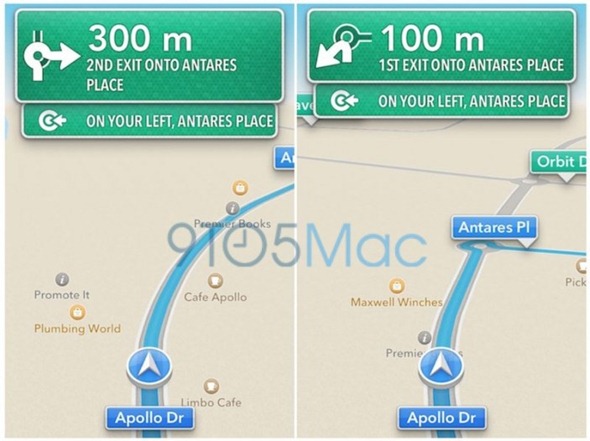 The same trend appears to have been repeating all over the world, and it seems only a matter of time before iOS maps becomes worth using.

There’s no doubt the overhauling process of iOS Maps cannot be achieved overnight, but this kind of progress is promising, and with some touting the App Store Google Maps app not arriving for at least six months, perhaps Tim Cook and his expansive team can take the appropriate steps to repair the shoddy offering by then.

A lot of users are using Bing or Google Maps from the Web, but native is always a better option, and hopefully before long, those on iOS 6 won’t need to look elsewhere to get their fix.