Despite Apple already announcing that iOS 4.3 will be made available on iPad 2 launch day, The Loop is reporting that Wednesday 9th will actually be the day we all get our hands on the next iteration of Apple’s mobile operating system. 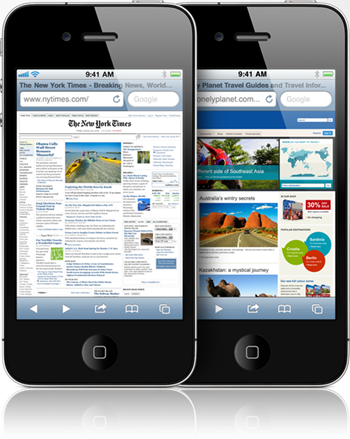 Reports earlier had claimed that iOS 4.3 would actually see a release today, though at this late hour that seems increasingly unlikely. When commenting on those rumors, The Loop’s Jim Dalrymple said that he believed the release would indeed be earlier than Apple originally claimed, with Wednesday being the day he expects to see the update arrive.

iOS 4.3 brings with it a few new features that users will want to get their hands on. Faster JavaScript handling as well as AirPlay enhancements are top of the list, with the new Personal Hotspot feature also of interest to many.

If Dalrymple’s information isn’t correct though, don’t panic. As nice as iOS 4.3 is we’re sure waiting an extra 48 hours won’t break too many hearts!