Apple released the second beta of iOS 14 to developers yesterday and some of them have been taking a look to see what it has to offer. According to code found in the release ,it seems that Apple has plans to bring QR code payments to Apple Pay.

The feature was found by 9to5Mac after spelunking through iOS 14 and it seems that users will be able to make payments by scanning a QR code using their iPhone’s camera.

We’ve managed to access this feature hidden in iOS 14 beta 2, and although it still doesn’t work, we can clearly see an image showing how it will work. Users will point the iPhone camera at a QR Code or traditional barcode to pay bills and other things with a card registered with Apple Pay.

Apple didn’t announce the feature when the wraps were taken off iOS 14 last month but it’s clearly something that is being worked on.

The feature isn’t ready for prime time however, so it’s possible that it will not make the iOS 14 release and will instead have to wait for iOS 14.1 or later. 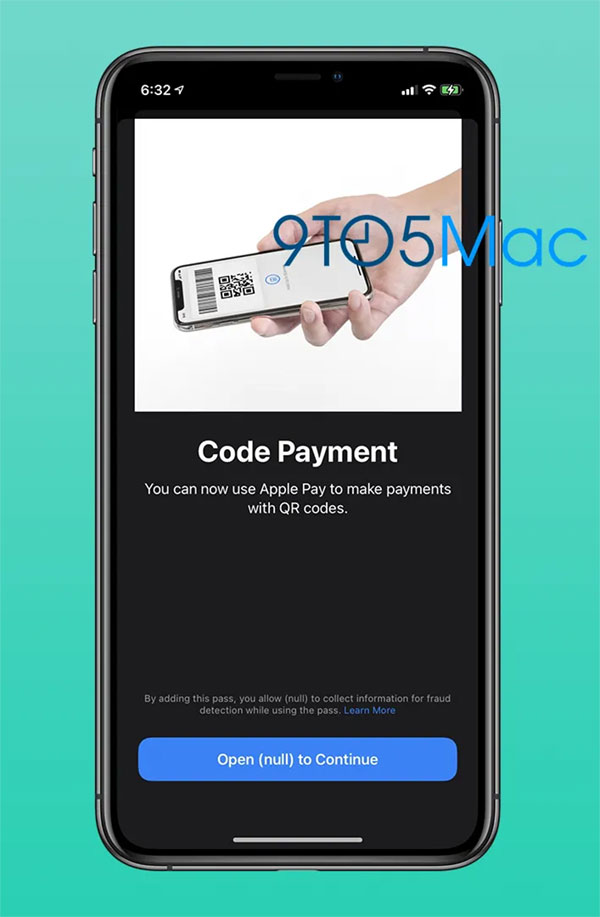 Apple is expected to make iOS 14 available to the public later this year, likely in September. A public beta program is expected to begin as soon as this month, though.