Apple has today released two new beta updates for the Mac and iPhone. Following yesterday’s release of the developer beta for iOS 13.1, Apple has now made the same update as a public beta. The seventh beta of macOS 10.15 Catalina has also now been made available to developers.

It was a surprise for everyone when Apple released iOS 13.1 beta 1 to developers yesterday with iOS 13 still in development. 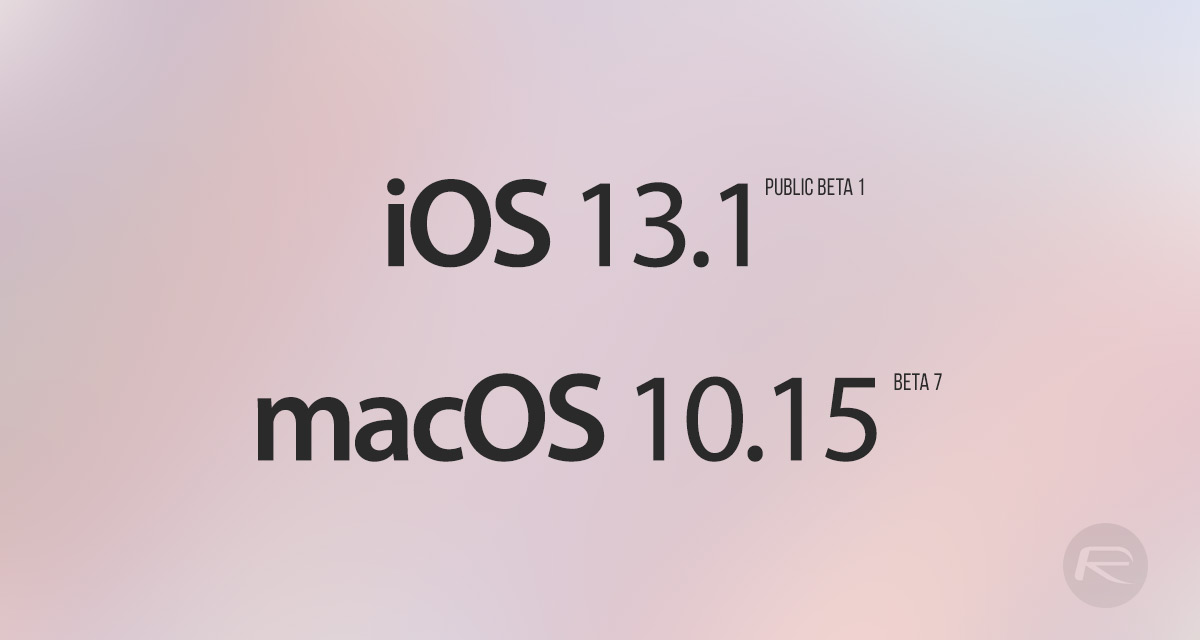 The new beta adds in many of the features that were removed from various iOS 13 betas over the lat few weeks including Shortcuts Automations, audio sharing, and more.

It’s expected that Apple will release iOS 13 on the 2019 iPhones with iOS 13.1 available for download shortly afterwards. This is because Apple needs to lock iOS 13 down so that it can be installed on those devices before they leave factories ahead of the big launch.

With the Mac also receiving its own big software update in the coming weeks Apple has also released macOS 10.15 Catalina beta 7 to developers. The update comes just over a week after the sixth beta was made available. We don’t have a release window for macOS 10.15 Catalina yet, but we’d expect it to arrive in September or early October.

September and October are set to be big months for Apple. Three new iPhones, updated iPad Pros, a new 16-inch MacBook Pro and the Apple Watch Series 5 are all expected to make appearances sooner rather than later.