With the iOS 13 and iPadOS 13 betas now in the hands of developers, we’re starting to learn of a whole raft of features that weren’t announced during the WWDC announcement. One of those continues Apple’s push to prevent unruly app subscriptions.

In order to prevent people from continuing to pay a subscription for an app that they no longer use, iOS 13 users will receive a notification of any active subscriptions when they delete an app. That way they won’t be paying for an app that is not on their phone anymore. 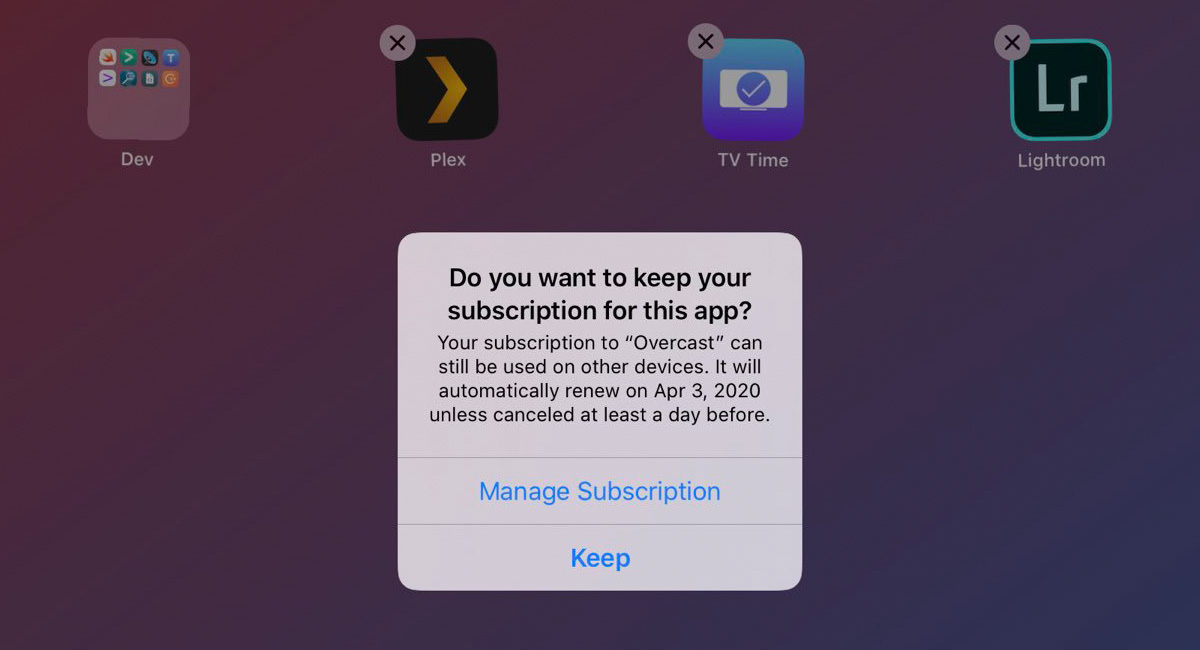 This was first noted by MacStories’ Federico Viticci after he deleted an app on his own test device. The text reminds users to cancel their subscription if they don’t require it for use on another device.

Do you want to keep your subscription for this app?

Your subscription to MLB At Bat can still be used on other devices. It will automatically renew on Jun 28th, 2019 unless canceled at least a day before.

Apple has made no secret of the fact that it is trying to make app subscriptions easier for users to deal with. It also recently changed the sign-up process to help prevent people from being signed up to subscriptions accidentally or without their consent. That’s a move that many believe is a good start, but ultimately not enough. 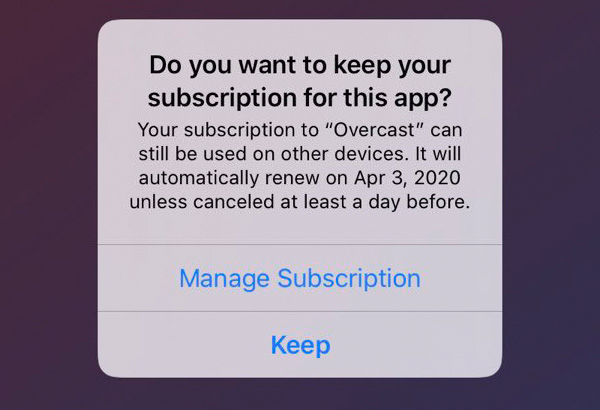 Some unscrupulous apps charge exorbitant amounts of money for almost no functionality. They rely on people not noticing or realising that they can cancel, often long after they stopped using the app in question. This move by Apple will hopefully prevent that from happening.