Apple is expected to make Apple Card available to users in the United States this month, and now Bloomberg has more details on what we can expect when the card goes live.

Just as had been discovered by developer Steve Moser, Apple will be making an iPad-only Apple Card app that will allow users to sign up without using an iPhone.

References to the app were discovered in iOS 12.4 and the reason for its necessity is simple. Users will normally sign up for Apple Card via the iPhone’s Wallet app, something that just doesn’t exist on the iPad. Instead, a specific app will be made available.

Beta versions of the software update for Apple’s current iOS 12.4 operating system have hidden references to an Apple Card management app for the iPad, according to independent app developer Steve Moser.

Also, it appears that Apple Card holders will be able to take out standalone financing on selected purchases rather than carrying a balance on their cards. This would potentially allow purchases to be paid off over a period of time without them being part of a credit card balance. 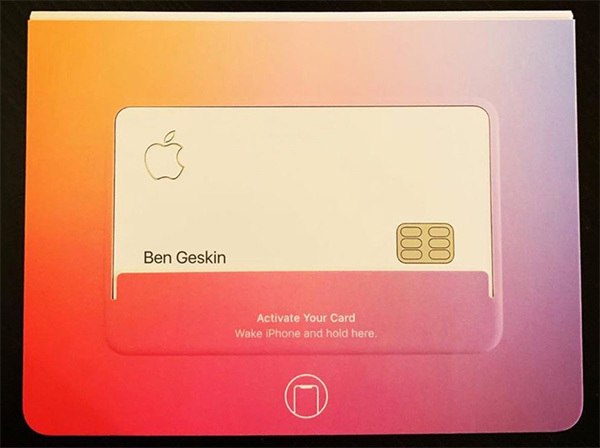 As part of the move to Apple Card, Barclaycard Visa no longer offers the same Apple rewards that it did previously. Those rewards often included a $50 Apple Store gift card to new customers as well as rewards when the card was used in Apple Stores.

Apple Card was announced during WWDC in June with a launch expected to take place this August following confirmation from Apple CEO Tim Cook. While the card will eventually be available worldwide, no details are as yet available as to when that will happen.