Apple has updated the iOS 12.1 beta release with new builds that have been built internally to support the brand new iPhone XS and iPhone XS Max. Both of those downloads are available right now on-device or through Apple’s Developer Portal in an IPSW form.

Apple had initially pushed iOS 12.1 out into the testing community not long after the initial iOS 12 final release went into the public domain. The release signaled the company’s intention to continue the progression of iOS 12, both in terms of fixing any bugs that had been noticed and also introducing new features where applicable that maybe weren’t ready for iOS 12.0. 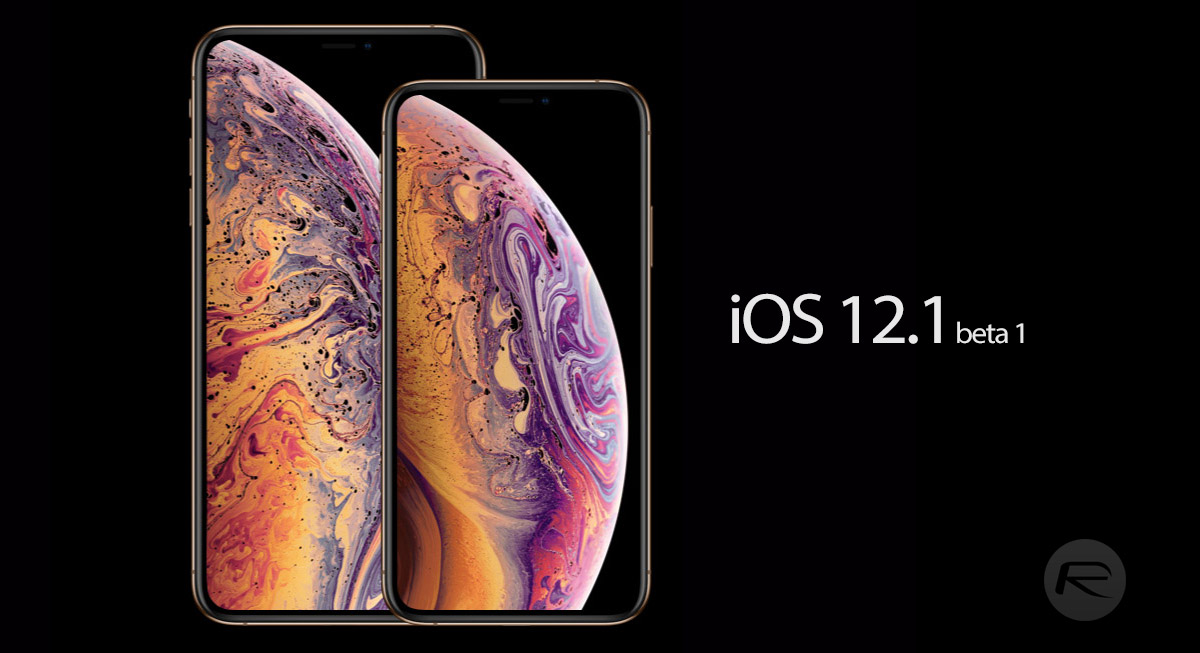 This means that they will not only be running their own apps which are in-development on the physical devices to see that everything works flawlessly with the new screen sizes, but will now also be able to install iOS 12.1 beta 1 onto their device to ensure that their apps and wares continue to work with the future of the iOS 12 platform. It also means that bugs can be instantly raised on those devices where appropriate and issued immediately to Apple’s internal engineering teams for consideration.

The real quandary here for developers is whether or not they focus their attention on playing and interacting with the new iPhone XS hardware and testing out the glorious camera, for example, of whether or not they get iOS 12.1 installed in the first instance and fulfill their commitment to Apple as registered members of the Apple Developer Program. It’s likely that the reality will lie somewhere in the middle. 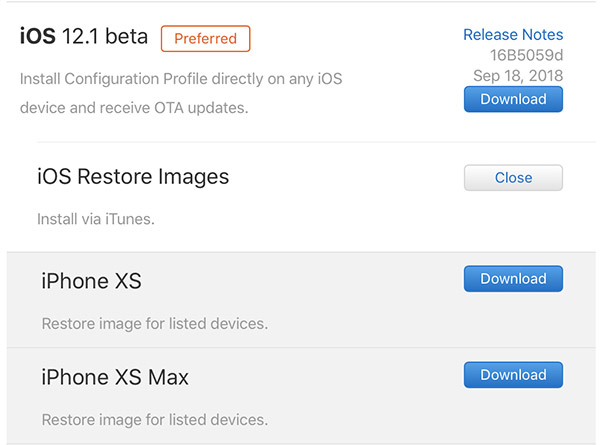 For those with iPhone XS or iPhone XS Max with a beta firmware profile installed, iOS 12.1 to download as an over-the-air update right now through Settings > General. Alternatively, the IPSW firmware image can be downloaded through the Apple Developer Portal and installed onto the device using the latest version of iTunes.