iOS 12 Final Release Notes / Changelog: All Changes In One Place

We are delighted to not only reconfirm that Apple’s iOS 12 platform is now officially here but also let you know that you can check out the full iOS 12 release notes, right here, right now!

iOS 12 may be months in the making as far as consumers and device owners and testers are concerned but it probably dates a lot further back than that for Apple. It is very easy to assume that Apple starts working on new iOS versions a few months in advance of it being announced but in reality that simply isn’t the case. 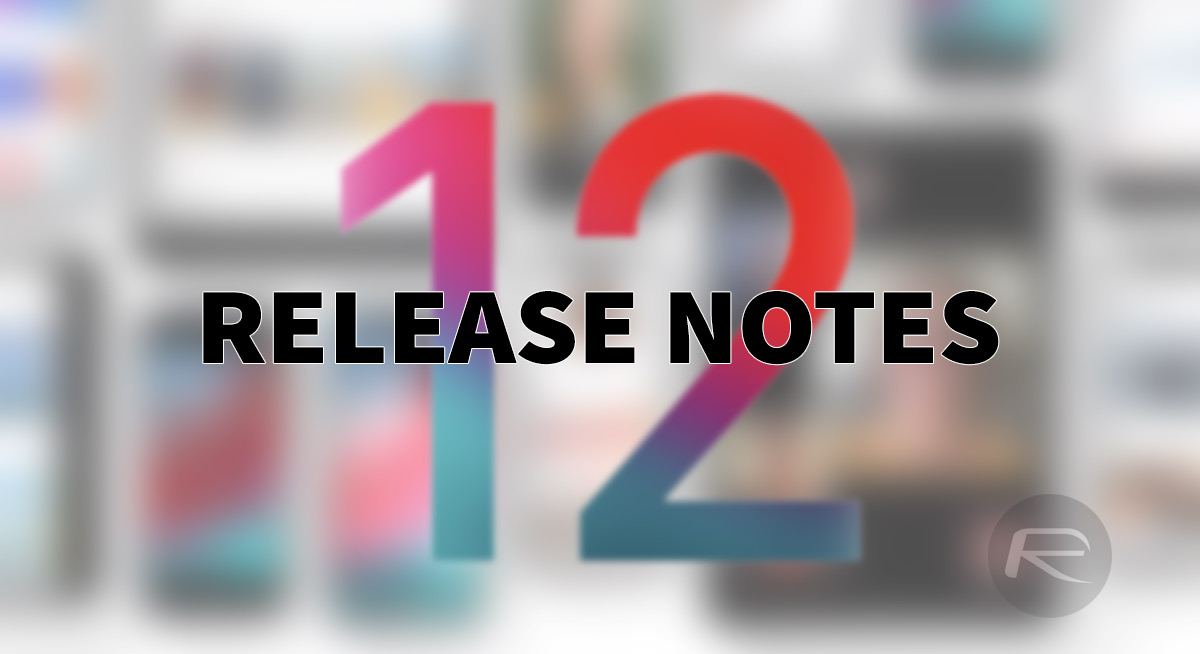 The roadmap is planned way in advance and at least the underlying architecture work will be started and considered generations ahead. This time around, it has resulted in the release of iOS 12 for all compatible iPhone and iPads, which is a version of iOS focusing on stability and performance improvements as well as adding a slew of new features for good measure and to keep things interesting.

First of all, as outlined in the release notes, we have a performance boost with iOS 12. According to Apple, the platform has been “enhanced for a faster and more responsive experience across the system.” That means faster load times. More responsive keyboards and UI elements. And an improved Camera app experience switching between modes. iOS 12 contains an overhaul to the Photos app, new functionality built directly into Messages, and even a new Screen Time option within Settings that outlines exactly how much time is being spent on the device.

In addition to the new features, Apple has also taken the time to look at how it can improve certain facets of the experience. That has resulted in changes to Do Not Disturb, Notifications, and even an improved Siri experience with Siri Shortcuts.

If you want to check out the official Apple release notes in their entirety, then you can do exactly that by looking at the embedded changelog below. This is really going to appeal to those individuals who love nothing more than scrutinizing the ins and outs of everything that Apple has been working on. It’s also a highly detailed breakdown of all of the major new features and improvements within the iOS 12 platform.

Peruse through the release notes for yourself directly below!