Apple may not have released iOS 11.3.x to the public not that long ago, but beta testers and developers already have a hot new version of the iPad and iPhone’s operating system with which to play.

The newly released iOS 11.4 beta 6 is now available to download alongside new versions of Apple’s other software, again in beta form. 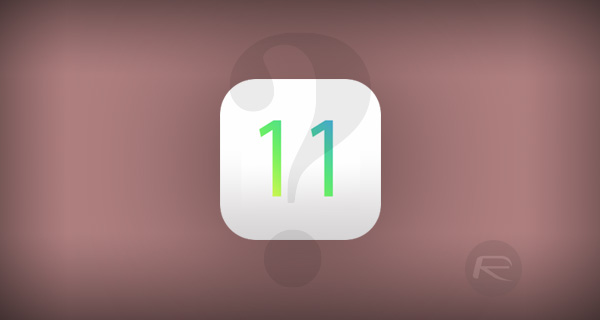 While the downloads have only been available via Apple’s servers for a very short time indeed, we do usually have an idea of what we can expect from the new release thanks to Apple’s official release notes. It’s entirely possible that there will be other changes that Apple has yet to document and yet more that will never find their way into the official beta release documentation.

However, at the moment at least, the release notes for iOS 11.4 in general are essentially a list of things that are broken and are known to be so. If you plan on installing this beta then it will likely stand you in good stead to take a moment to read through the potential issues you may encounter and, importantly, the workarounds required in order to rectify them in the short term.

It’s not ideal, of course, but it is most definitely the life of someone who lives on the bleeding edge of beta releases. You’ve been warned.

One of those issues that may come up for some is related to music playback. According to Apple, “In certain circumstances playback may get stuck at the end of the first track.” Still, it could be worse!

For now, we’re more interested in what new features we could have to play with, so we’re going to keep our eyes peeled for anything of interest. Check out the complete set of release notes below. 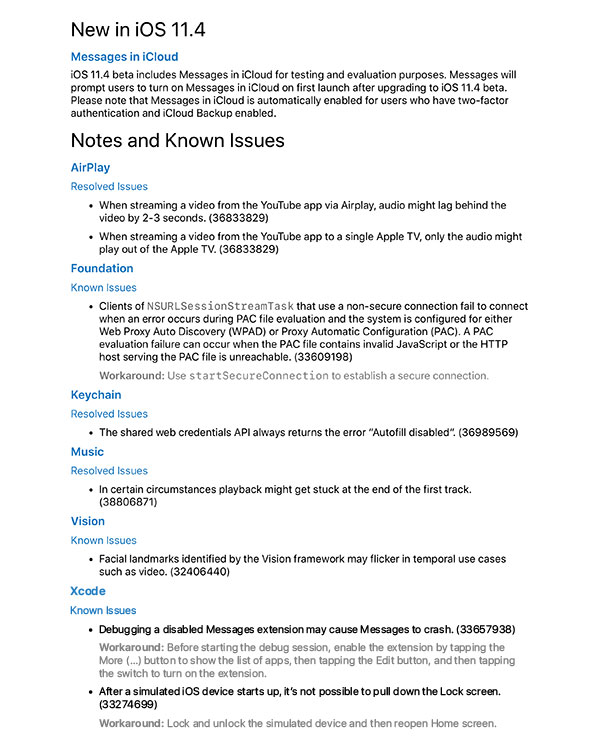 Update x2: We can confirm that Messages on iCloud is also back in this release after being removed in final version of iOS 11.3.

Update x3: Stereo-pairing is available for HomePod in the Home app but only if HomePod is running 11.4 firmware.