Apple released iOS 11.3 to the public a couple of days ago, and people have been installing it on their iPhones and iPads ever since. There is understandably plenty of attention right now on battery life too, thanks to the way iOS 11.3 adds a new feature that allows users to see how good their iPhone’s battery health is as well as controlling whether iOS throttles a device in order to preserve its battery, preventing it from unexpectedly shutting devices down.

With all this in mind, it’s probably a good idea to ask the question we always do about a new iOS release – what’s the battery life like compared to previous releases? 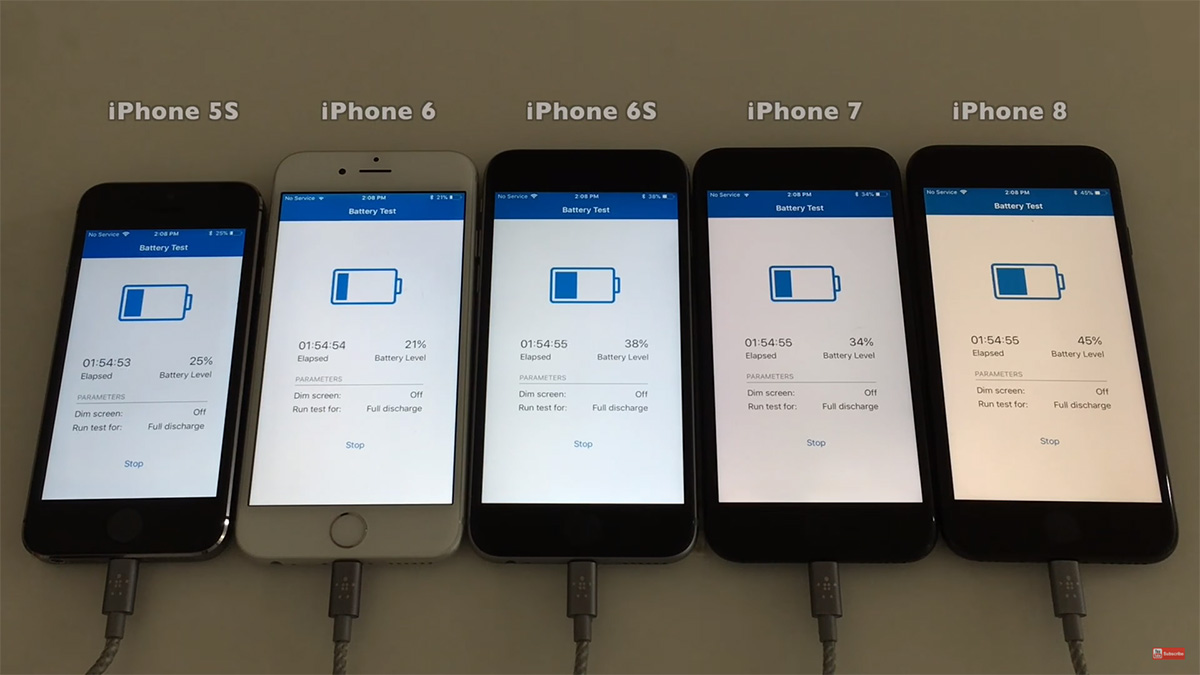 The folks over at iAppleBytes are usually the best people to ask about this, and as usual, we have a new video to share in which an iPhone 5s, iPhone 6, iPhone 6s, iPhone 7 and iPhone 8 are all put through their paces in the name of science. That includes all devices running the Geekbench 4 battery test with both iOS 11.2.6 and iOS 11.3 installed in order to see how long they last.

The results are less than encouraging for iOS 11.3, with a lower battery life score and shorter battery life in general across all of the devices tested.

The differences were not huge, but they were certainly there and the fact they are consistent across all devices is particularly interesting. However, even with the battery life situation shown in this video, we would still heartily recommend upgrading.

Speaking of the iOS 11.3 battery situation, don’t forget that the new release adds a Battery Health section to the Settings app. Here, you will see how well your battery is standing up to the life of a battery in a smartphone and importantly, control whether iOS throttles that smartphone in order to prevent it from randomly shutting down.

As for battery life comparison, you can check it out in the video embedded below: