As expected, Apple has used the opening keynote of this year’s Worldwide Developers Conference (WWDC 2017) to not only introduce iOS 11 to the world, but to also go into greater detail about the new features and additions to the platform. To accompany that announcement, here’s the full release notes and changelog which accompanies the initial release. 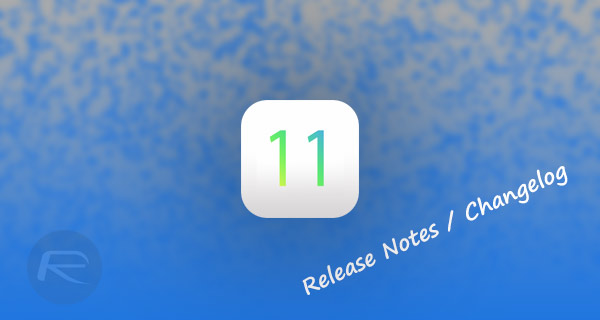 WWDC is always a buoyant and joyous occasion due to the fact that enthused and invested developers get to see exactly what Apple has in store for them over the next twelve months. However, for the rest of us, it’s also an opportunity to find out exactly what the immediate roadmap is for iOS, including all of the new features and functionality upgrade, as well as the devices which it will support.

Of course, the release of the initial iOS 11 beta also provides developers and testers with the opportunity to download and install it directly onto their test devices to immediately put themselves ahead of the pack. There’s nothing quite as liberating as being able to interact with all of the new and innovative features packed into a new version of iOS, especially when friends, family, and colleagues have to plod along with older versions of iOS.

History has shown us time and time again that there’s no better way to truly understand what’s new than diving into the platform and interacting with it first hand. And now with the initial beta already here with us, we can not only download it and get to grips with what’s new, but also interact with and view the official release notes, which you can find below. Check them out for yourself.

We’re expecting a continuous release cycle of iOS 11 betas from now until the final GM, which will be released about a month or so before iPhone 8 unveil and iOS 11 public launch.