ARKit, part of iOS 11, which will ship to the public next month, offers developers a platform on which to build some truly impressive augmented reality apps.

We have already seen countless demonstrations and concept apps that give us but a glimpse into what can be achieved when developers put their minds to it, and we cannot wait to see what arrives on the App Store in due course. Now, another demonstration video has been shared in which an ARKit app is used to allow the trying on of new lipstick without ever having to leave the house. 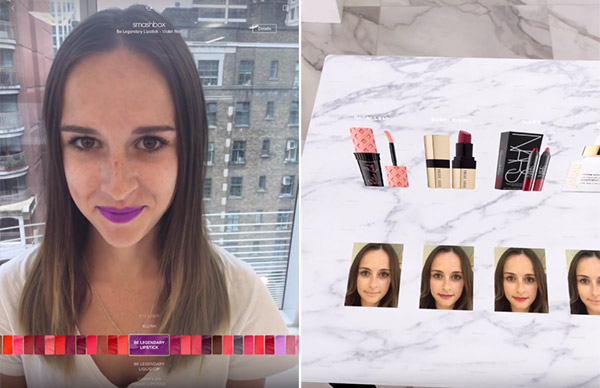 The demonstration, consisting of two videos, was put together by ModiFace – a developer specializing in augmented reality apps for the beauty industry. The videos show a woman being able to try on multiple different lipstick colors with the aid of the app, with virtual makeup counters full of different products replacing the traditional trip to the drug store. This being augmented reality, ModiFace says users can get a close up of their new lipstick by simply walking closer to the AR image.

Users start with trying on different beauty products on their own video through ModiFace’s iOS app.  From there, once a selection of products have been made, they can then instantly see their products, product reviews, and product simulations on their own photo rendered as a virtual beauty counter.  Users can walk close to the counter to zoom and view specific product visualizations or features.  For example, to see the details of a lipstick, they simple walk closer to their photo and move their devices closer to a virtual lip.

The augmented reality company says that it plans to begin testing with a number of partners within the coming weeks, so there may well be an app like this making its way to the App Store soon enough.