iOS 10.3.3 Broadpwn WiFi Exploit Fix Is The Biggest Reason Why You Should Update To Latest Firmware

iOS 10.3.3 has a fix in place for Broadpwn WiFi exploit and is the single biggest reason why you should consider updating your iPhone or iPad to latest iOS firmware version.

Many iPhone, iPad, and iPod touch owners scoff and turn their noses up at Apple’s iOS dot updates. Most of us get excited over updates with large wholesale improvements, but not many seem to understand the importance that seemingly minor point updates bring, such as Apple’s iOS 10.3.3 released to the general public yesterday. For those of you who care about security, upgrading to 10.3.3 is a no brainer as it fixes a serious security flaw which allows code to be executed on the internal Wi-Fi chip. 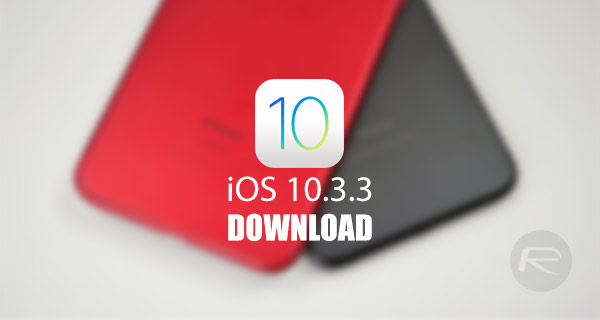 Apple’s iOS 10.3.3 may include a slew of updates and minor improvements, but it also includes a very serious security patch which fixes an issue with the Broadcom BCM43xx family of Wi-Fi chips which are used in Apple’s devices from iPhone 5 to iPhone 7. Those same chips are also embedded in Apple’s iPad from the fourth-generation up, and of course, even in Apple’s iPod touch hardware. So, in short, the security flaw will be rife in millions of devices around the world running any version of iOS below the latest 10.3.3.

Apple’s accompanying security document describes the issue as “a memory corruption issue” which has been addressed and fixed in iOS 10.3.3 with “improved memory handling.”

Apple is clearly trying to play the issue down to try and not alarm users, but Nitay Artenstein of Exodus Intelligence, who actually discovered the issue, informs that the issue allows malicious attackers to “run code in the main application processor.” Put bluntly, those individuals with the correct know-how would be able to take complete control of the device.

Apple has obviously acted quickly to resolve the issue with this latest iOS 10.3.3 update, but it also allows Artenstein to talk about the issue and give more granularity on how it was discovered and what it could have potentially meant for compatible devices. He will be sharing those details at the Black Hat conference next week for those who are interested.

It’s not the first time that a big of this nature has shipped in production code in iOS. With that said, it’s notable that Apple has acted quickly to resolve the problem and push out an update which allows iPhone, iPad, and iPod touch owners to protect themselves from attacks.