At the Worldwide Developers Conference (WWDC 2016) week in June this year, Apple announced an update for ReplayKit framework which was initially released with iOS 9 last year.

In iOS 9, ReplayKit brought in the ability for developers to add video recording capability in their apps and games which users can make use of to record live gameplay and then share it later with friends and family. With iOS 10, Apple is taking ReplayKit to the next level by bringing in the ability for apps and games to live broadcast whatever is shown on the device’s display. 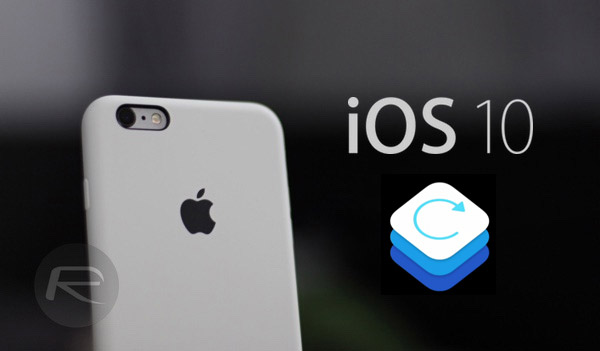 What this means is that if a game developer decides to add support for updated ReplayKit in his or her app/game, users will then be game able to live broadcast gameplay to friends and family online in real-time, just like how it’s already possible with some third-party services like Amazon’s Twitch and YouTube Gaming.

With the latest iOS 10 developer beta 2 and iOS 10 public beta 1, it now seems like Apple has finally enabled the functionality, with one post on Reddit pointing out support for it working in Apple’s Swift Playgrounds app for the iPad running on iOS 10 beta 2.

As can be seen in the screenshots below, the option for “Broadcast Live” appears in the Swift Playgrounds app when it’s installed on iOS 10 beta 2. This option was absent when using the app on iOS 10 beta 1. 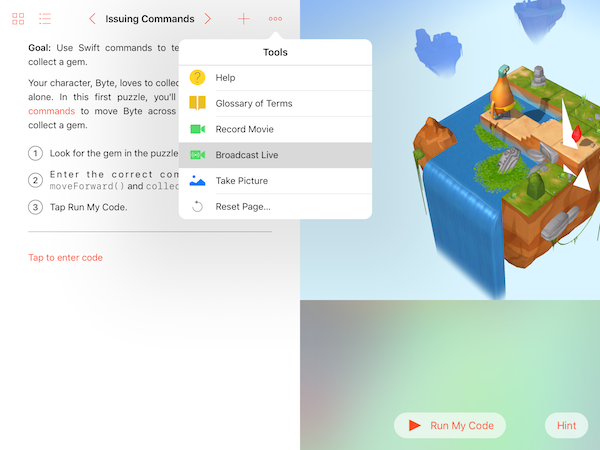 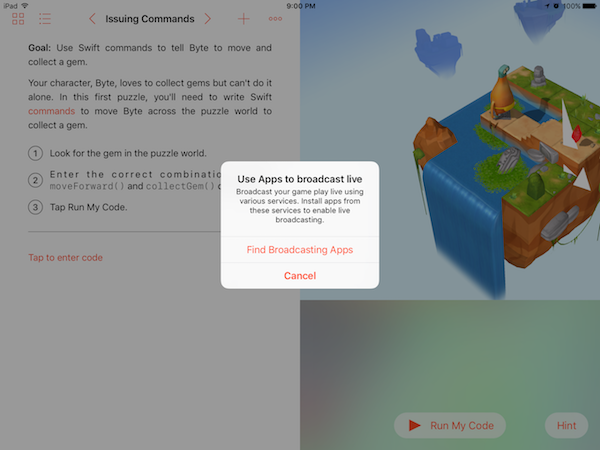 Tapping on Broadcast Live throws another prompt with “Find Broadcasting Apps” option which will likely take users to a dedicated section on the App Store with live broadcasting service apps that could be used to broadcast from the app or game live online.

The new live streaming/broadcasting option will apparently only be available on devices with 64-bit processors, which means only iPhone 5s and above, iPad Air and above, and iPod touch 6th-gen, will be supported.

iOS 10 is currently available to both developers and public beta testers, with final version expected to be available to everyone this coming fall.