Apple’s WWDC 2016 was as jam-packed as the earlier speculation suggested, and was full of the expected platform announcements with the official unveiling of iOS 10, macOS Sierra, watchOS 3 and tvOS 10. The opening keynote was also full of Apple’s trademark videos that showcased the good that the company is doing in the world and the positive change that it is trying to enact, which this year includes trying to promote the benefits of coding with the Swift programming language through the new Swift Playgrounds iPad app.

Apple has so far managed to do a fairly comprehensive job of promoting the Swift programming language to seasoned developers. 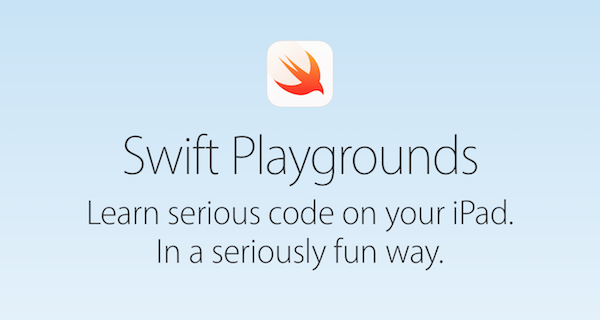 In fact, according to statistics released during WWDC, there are now 10,000 apps running live on the App Store that have been either programmed fully in Swift, or that have some kind of Swift component in the codebase.

The release of the Swift Playgrounds iPad app is a way to reach out to a younger audience that provides an interactive portal for students and beginners to start working with Swift in order to see the benefits and power that it provides.

The app itself includes Apple-designed programming sessions that thrust the user into an interactive, immersive graphical world. Whilst in that world, the user of the Swift Playgrounds app is required to use Swift code to solve puzzles, master challenges whilst learning fundamental coding best practices and concepts along the journey. Aside from the puzzles and challenges, Swift Playgrounds will also ship with built-in templates to “encourage users to express their creativity and create real programs that can be shared with friends using Mail or Messages”. These templates can also be posted to the web. 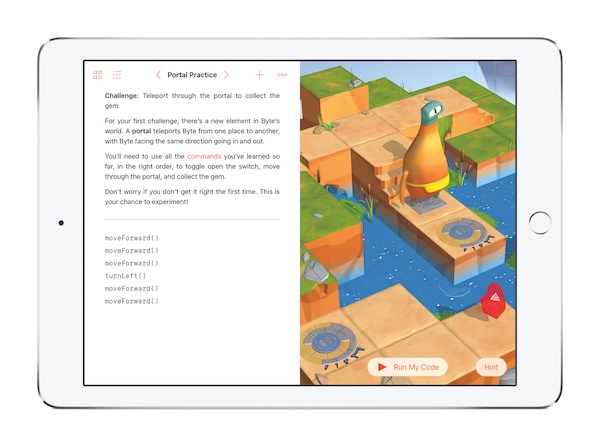 Apple’s Senior Vice President of Software Engineering, Craig Federighi, is not only impressed with the release, but wishes it was around in his early days of coding:

I wish Swift Playgrounds was around when I was first learning to code. Swift Playgrounds is the only app of its kind that is both easy enough for students and beginners, yet powerful enough to write real code. It’s an innovative way to bring real coding concepts to life and empower the next generation with the skills they need to express their creativity.

One of the great things about Swift Playgrounds is not that in makes perfect use of the multi-touch functionality of the iPad, but that Apple is offering it free-of-charge so that as many young people and students can benefit from the experiences and learning that it brings. Swift Playgrounds will ship this coming fall, with a developer preview available immediately today.