With the rising popularity of social media platforms, it should come as no surprise that some of the most downloaded applications on handheld devices are both the official and unofficial mobile versions of the social networking sites. Popular services such as Facebook and Twitter have countless third party applications in the App Store, and when it comes to Twitter; the third party iterations are generally favored over the official offering due to their more intuitive interfaces and extended functionality. 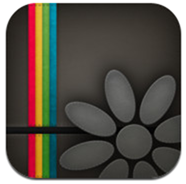 If you are a regular user of the Twitter social network, you will notice that people in your timeline generally make use Instagram as a photograph sharing service, especially if the people you follow are iPhone users as Instagram is still an iOS exclusive service. One of the reasons Instagram has been so widely adopted and highly thought of is due to the emotional response that the sharing of precious moments invokes within people.

Red Foundry Inc. have realized the popularity of the Instagram network and have developed an unofficial application designed to allow users to browse through uploaded photographs in a beautiful interface. The application is called InstaPad and offers a multitude of features which are sure to please even the hardcore Instagram fans.

So what exactly can you expect from the InstaPad iPad application? The user interface is definitely the first part of the app that the user will notice. It is evident that a lot of design work has been put into InstaPad and this shows in a well crafted, intuitive application front end. 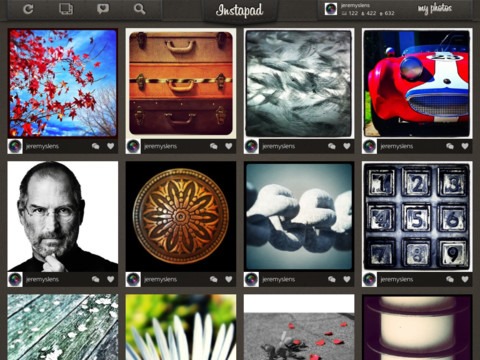 As expected, familiar features exist within InstaPad including the ability to browse through galleries posted by users that you follow on the network along with being able to like, comment on, and mark photographs as favorite for later viewing. When viewing the application, your logged in username appears in the top right hand corner of the display. Tapping this username allows users to view the entire photo stream of images that they have uploaded, viewing comments and all associated information. 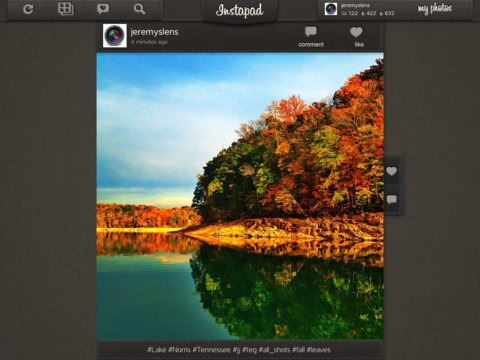 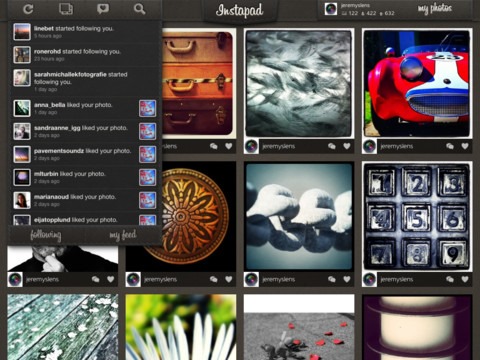 After using InstaPad you get the feeling that the developers have placed a large amount of work on implementing an eye catching, beautiful design. One of the negatives is the immediate laggy feeling surround the interface of InstaPad. Scrolling through photographs seems to be a labored affair, and saying as that is the apps primary function it is definitely something that will need to be addressed by Red Foundry.