Today, we are seeing the first effects of the release of DFT’s RSPL/HSPL tool: a WP7 developer over at XDA has cooked the first ever custom ROM for the HTC HD7! 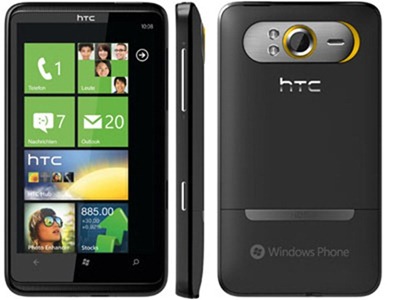 The news comes from Windows Phone Daily. An XDA member who goes by the username of ansar.ath.gr has released the first custom ROM for HTC’s HD7 smartphone running WP7. The custom ROM doesn’t offer too big an advantage over the stock one, as the only differentiating features are that you can upgrade to Mango Beta 2 directly with no other trickery involved and that you can now sideload apps.

I used as a base this ROM:

From what we can tell, there isn’t as much demand for custom ROMs on Windows Phone 7 as there is for Android. Android, because of its open nature, rarely reaches the end-user in its pure form; wireless carriers and smartphone manufacturers almost always add some sort of skin (like Sense, TouchWiz etc.) or pre-install apps that are hard to remove. WP7, as a platform, isn’t as open as Microsoft maintains a tight grip on what goes in. Pre-installed apps can be removed easily and there is no mention of added skins by smartphone manufacturers.

Still, the hackers and developers from XDA are a very capable bunch and we expect they will come up with something to wow us.

The custom ROM is available for download from the via link at the end. As with any thing involving “jailbreaking”/“rooting” or flashing of custom ROMs, this will void your device’s warranty. Besides this, there are chances that you might even end up bricking your device; rendering it useless. Proceed with caution.

How to Install Custom ROM on HTC HD7

DISCLAIMER: Redmond Pie is not to be held responsible for any loss of data as a result of the malfunctioning of your HTC HD7.

Step 2: You will need to have reloaded SPL and then hard SPL on your HTC HD7 . You can follow XDA’s guide on how to do this here. Be sure to choose version 1.69 when choosing ROM in RSPL.

Step 3: Connect your phone to your PC.

Step 4: The ROM file you downloaded in step 1 must now be extracted. Inside the extracted folder, find ROMUpdateUtility.exe and launch it. Follow the on-screen instructions.

The ability to sideload apps must be retained. If you’re on Mango Beta 2 Build 7403, you must perform the following steps:

Step 1: Launch Update_Mango_XBMODDeployer.xap. Now run XBMOD.Files.Deployer and then uninstall it.

Step 3: Install Touch Explorer and copy CustClear.provxml from My Documents\My Ringtones and paste it to \Windows.

Step 6: Select HTC Apps from Marketplace. You should now wait for Connection Setup to appear. Once it does, install and run it.

Your Chevron unlock will now be retained.

Since the RSPL/HSPL tool works on a wide variety of first generation HTC WP7 devices, we expect more HTC Windows Phones to get custom ROMS in the near future.