For those of you uninitiated, CyanogenMod is an aftermarket custom firmware for Android, opening the door to a bunch of useful features otherwise unavailable in untouched stock firmware including FLAC playback, theming, and incognito web browsing. 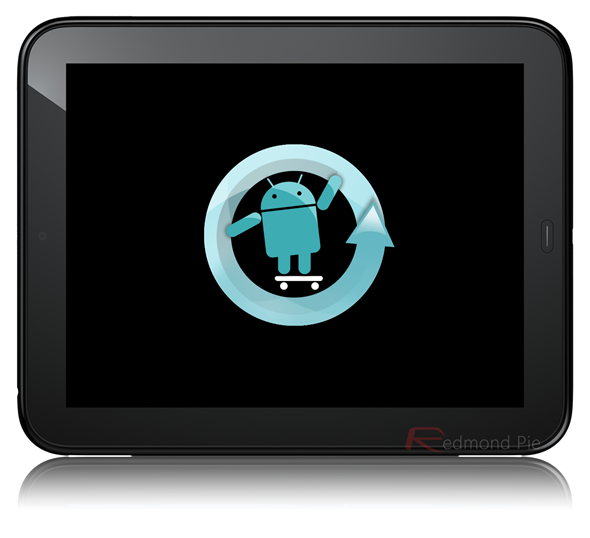 Despite CyanogenMod 7 supporting tablet tweaks, its long since been the case that the Android 2.3 Gingerbread-based ROM isn’t exactly adept larger and higher-resolution screens seen on tablets. As a result, users of devices such as the the HP Touchpad, which was famously sold at $99 bucks in the midst of webOS’s collapse, have been waiting for Android 4.x Ice Cream Sandwich features to be ported through for better compatibility.

Well, that day has finally arrived, and the scoop comes courtesy of – you’ve guessed it – XDA Developers. Member dalingrin has just released an early Alpha build of the tablet-optimized and AOSP-built ROM. When we say early Alpha, we really do mean it; since while it is more than usable, it’s rough around the edges to put it mildly.

Lots of key features are absent such as OMX hardware video acceleration, so we’d only advise getting involved on a device which is not a part of your daily staple gadget diet. Without OMX, the likes of Netflix and YouTube HD will not work – a massive stumbling block if you’re into your streamed entertainment.

Unfazed by presenting himself as the bearer of bad news, the dev lists a whole bunch of features currently not working. Audio playback is described as “a mess”, while the mic and camera also cease to function. Add to that the fact that most hardware problems from CM7 are still present in this CM9 Alpha, and you begin to get the picture

Having said that, if we always let major setbacks stop further probing and development, we’d never get anywhere, so if you’ve got the guts (and indeed, a spare device) then it would certainly benefit the community if you were to give it a go and report back on your findings. In such a case, check out the tutorial below in which we walk you through the installation process:

Step 1: Install the Palm Novacom driver – the easiest way is to use the installer. Simply download the .jar file from Google Code, and Run.

Step 2: Next you’ll need to download the required files:

Step 3: Drag ACMEInstaller into the same directory as your Novacom files.

Step 4: Connect your HP TouchPad to your computer and enable USB mass storage mode by tapping the USB notification in the upper top right-hand corner of the screen.

Step 5: Now you’ll need to copy the remaining downloaded files to your TouchPad. Open your TouchPad using an explorer utility, and create a new folder called “cminstall”. Inside your newly-made folder, drag in those files we downloaded in Step 2. NB: they should not be extracted just yet.

Step 6: Reboot your device. Once you’re back in play, press and hold the volume button and once the screen goes dark, quickly hold the volume up button after which you’ll be met with a large USB icon on your TouchPad’s screen.

Step 7: Open a command prompt (Start > search “cmd”). Then type cd: \ which will take you to your root directory. Type “dir” in order to unveil the full list of directories.

Step 9: Now you’re going to need to run ACMEInstaller. Enter “novacom.exe boot mem:// < ACMEInstaller2″ into the command prompt (See Step 7 for reference). You will begin to notice lines of text running across the screen of your device. Let the process run its course, after which you’ll need to boot into Moboot. You can opt to boot into CyanogenMod by tapping on the home button, or otherwise you can reboot to webOS by using the up and down volume arrows to navigate to the webOS option and then tapping home.

If you experience any snags (the likelihood is as certain as clockwork), you should head over to the original thread on XDA Developers for technical discussion or RootzWiki.