For those unfamiliar, CyanogenMod is an aftermarket custom firmware for Android which allows for many of the features not available in the actual firmware releases. These features include FLAC playback, theming, and incognito (or private) browsing. 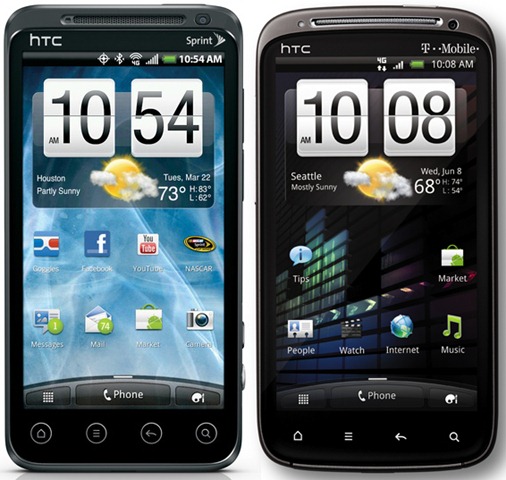 The developers of CyanogenMod have just released a couple of early alpha builds of version 7 for the HTC EVO 3D as well as the HTC Sensation. It’s important to remember that these builds are currently in early stages, so are obviously susceptible to a snag or two here and there.

In earlier versions, CyanogenMod developer Steve Kondik had found himself in hot water with Google for releasing many of the Big G’s applications such as Gmail and YouTube along with CyanogenMod. Despite said apps being available through every Android handset, they were not licensed for free distribution, and as such, Kondik was dealt with a cease and desist letter. After a fair amount of coverage, Google, remembering its open-source roots, allowed the continuance of the CyanogenMod project so long as the Google product range was omitted.

Like many of the members of the hacking/development community, Kondik was poached by one of the big guns – Samsung Mobile – as a software engineer. It’s a growing trend and has positive as well as negative connotations. Some of the higher profile cases this year have been of Comex, the mastermind behind jailbreakme who now hones his skills in Cupertino, California; as well as GeoHot, the first guy to successfully jailbreaked the supposedly infallible PS3, who now works over at Facebook. While it is wonderful that the hiring of these innovative minds can only help to make our software better in the future, it’s never nice to see talented open-source advocates taken away.

Luckily, Kondik has pledged to keep a keen interest in the developments of CyanogenMod, and the word on the street is that these releases are of a very good standard, considering the early development stage.

CyanogenMod 7 (Alpha) For the EVO 3D can be downloaded here, whilst the build for the Sensation is situated here.