Instagram’s war of features with Snapchat continues after the former updated its app to add support for Face Filters, a feature that heavily mimics that of the latter, allowing users to add things like glasses and animals to their selfies because, well, why not?

The feature works across both photos and videos and is the latest in the line of features from one of the two big photo social networks to appear on the other. 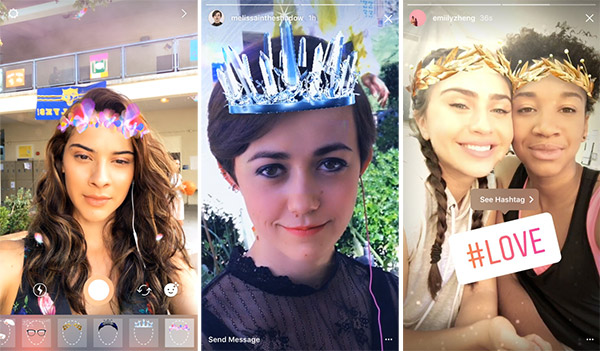 Both Instagram and Snapchat have become adept at borrowing features from one another, and Face Filters is the latest feature to cross-pollinate. Instagram says its users want the ability to fiddle with their selfies, and that’s exactly what the new feature brings via the existing Stories feature.

We’ve heard from our community that they want more creative ways to share everyday moments and engage with friends. With face filters, they have more tools than ever at their fingertips, and all in one place.

Those who have had their hands on the updated app report that the feature is easier to use in its Instagram form, although it does suffer from not being able to track faces properly or having things like glasses stay in place on people’s faces as they should. This being Instagram’s first attempt though, we expect things like that to be ironed out in due course.

One of the new things added as part of this update is the ability to type out a hashtag and have it attached to the image or video as a sticker just as how location stickers work. Other additions include a “Rewind” effect that plays videos in reverse and a new “eraser brush” drawing tool. 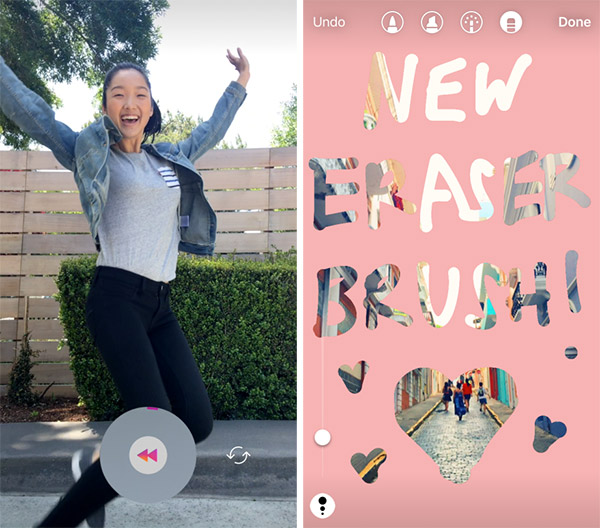 While more filters will come in due course, the initial list includes:

Instagram also confirmed that it will not be allowing sponsored face filters via its app, at least not yet. With Snapchat offering a similar thing for brands, we expect Instagram to follow suit eventually.