The thought of having Amazon’s Alexa running on your TV may be either brilliant or terrifying depending on your own position on such things, but there is little debating the potential for a TV that includes Amazon’s Fire TV software baked in.

As it turns out though, there are TVs in the works that include both Alexa and Fire TV software, and Element or Westinghouse, depending on where you are buying from, has a whole range to choose from. 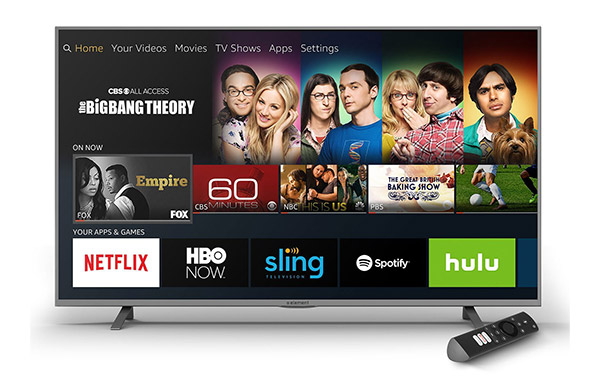 Available to pre-order from Amazon as of today and apparently shipping next month, the new TVs are very competitively priced. Starting at $449 for the 43-inch model and reaching $899 for a 65-inch display, these screens are very much towards the bottom of the price point you would expect to find a 4K TV at. Now, admittedly, these UHD screens do not include HDR or Dolby Vision, but they are still 4K-capable, which may just be enough for some people.

Alongside that screen is obviously the software, and that is where things get interesting. As well as having Alexa built right in – meaning home automation etc is taken care of by the TV – the whole unit is running Amazon’s Fire TV software, which means it is already a cut above the software that TVs normally ship with. Alongside the usual Netflix and Amazon Prime Video content, as well as the apps you know and love on your Fire TV Stick, plugging an antenna into this thing will see your channel listings and such all automatically downloaded. Thanks to the built-in 16GB of storage, you can even pause and rewind live TV. Oh, and there’s voice control thanks to Amazon’s Alexa software, so shouting at your TV and asking for a particular channel is very possible indeed. 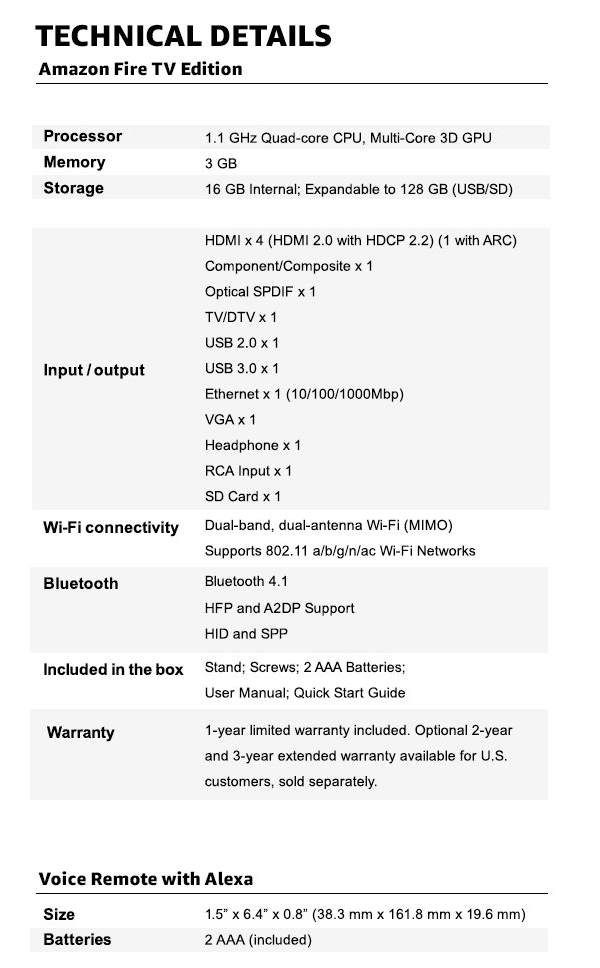 While it is unlikely that this range of TVs will set the world alight, it is a sign that Amazon’s software is starting to make an appearance. That’s only a good thing, and we can’t wait to see how the bigger manufacturers adopt it.