Infuse – the popular video player / streamer for iOS has received a monstrous update. Now sitting at version 3, the app has been released with the giant iPhone 6 / 6 Plus screens in mind, along with full support for iOS 8. The app now packs some major improvements as well as some newer features, including DTS-HD audio, Mophie Space Pack access and much more.

Earlier, Infuse 2 built upon the original app’s ability to play stored videos with the addition of streaming in a wide range of formats, from devices like Macs, PCs and UPnP/DLNA apps. This time around, the creators have added the ability to stream videos from Wi-Fi enabled hard drives as well, such as irStash, SanDisk Connect, Seagate Wireless Plus, Lacie Fuel, and many others. 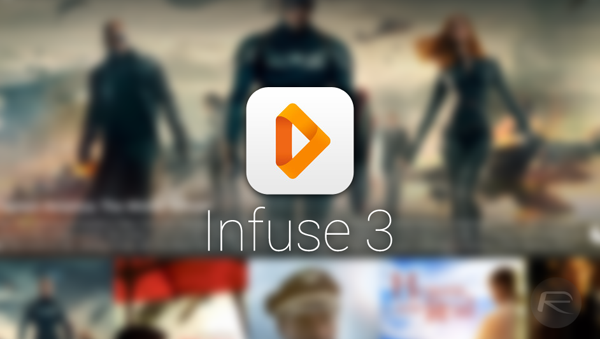 According to the creators, Infuse 3 is the only player on iOS which includes fully certified DTS-HD audio support, offering an audio experience rivaled by none out there. Earlier version of the app saw the creators add in the Dolby Digital Mobile Surround feature. 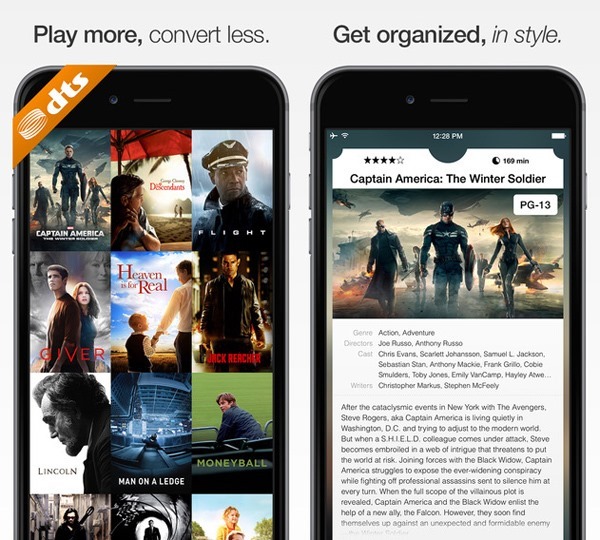 The ability to stream videos over AirPlay, the use of Dolby Digital Plus, DTS and DTS-HD audio, and the support of additional formats remains as an optional in-app purchase of upgrading to Infuse Pro.

Apart from these major changes, Infuse 3 brings some additional minor ones as well to compliment the user experience on iOS 8. Notably, the ability to stream content from Macs, PCs and Wi-Fi is now available in the free version of the app. Infuse 3 can now seamlessly integrate with the Mophie Space Pack for iPhone 5, 5c and the 5s, giving users on the go more space for storing videos, with an increase in playback time as well. Interestingly, with your iPhone acting as a hotpsot, users can transfer videos over Wi-Fi, granting them complete peace of mind in an array of scenarios. Overall, the creators claim much a improved performance and stability with Infuse 3. 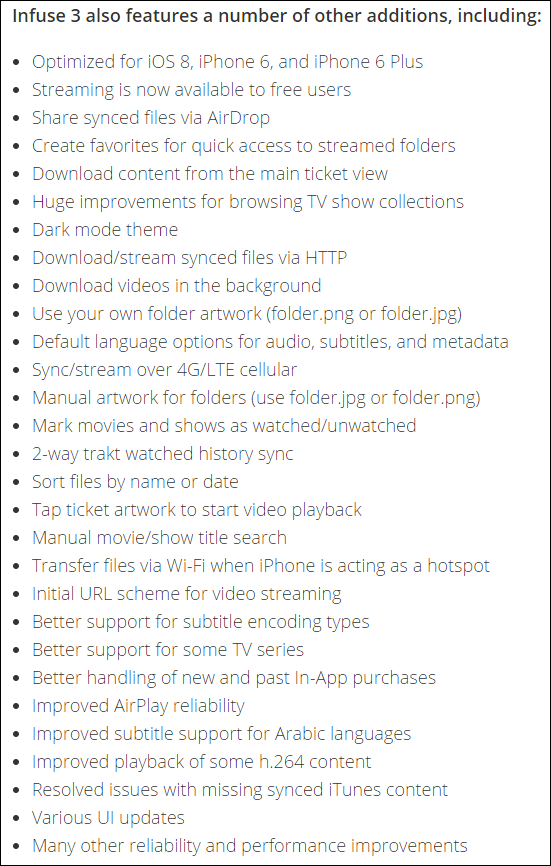 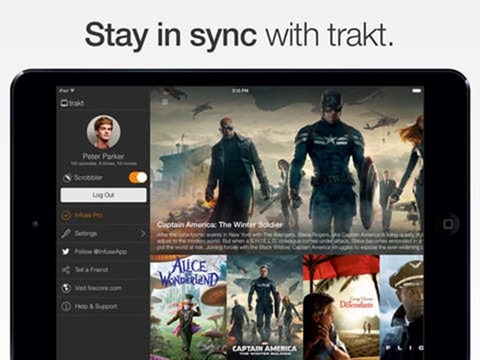 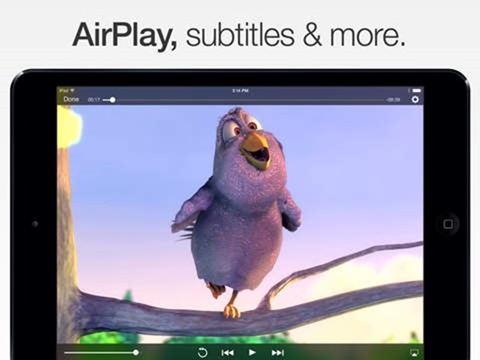 Infuse 3 has been optimized for iOS 8 and the iPhone 6/ 6 Plus, but will work on an iPhone, iPad or iPad touch running iOS 7 or later.