Way back in the day, when the Mac mini was a big white block of metal and the iPod Dock was still a thing, Apple had the idea of pushing them together.

An iPod Dock, but attached to a Mac mini, or, if you prefer, a Mac mini with an iPod Dock attached. Either way, it looked weird, and we now have images that prove it. 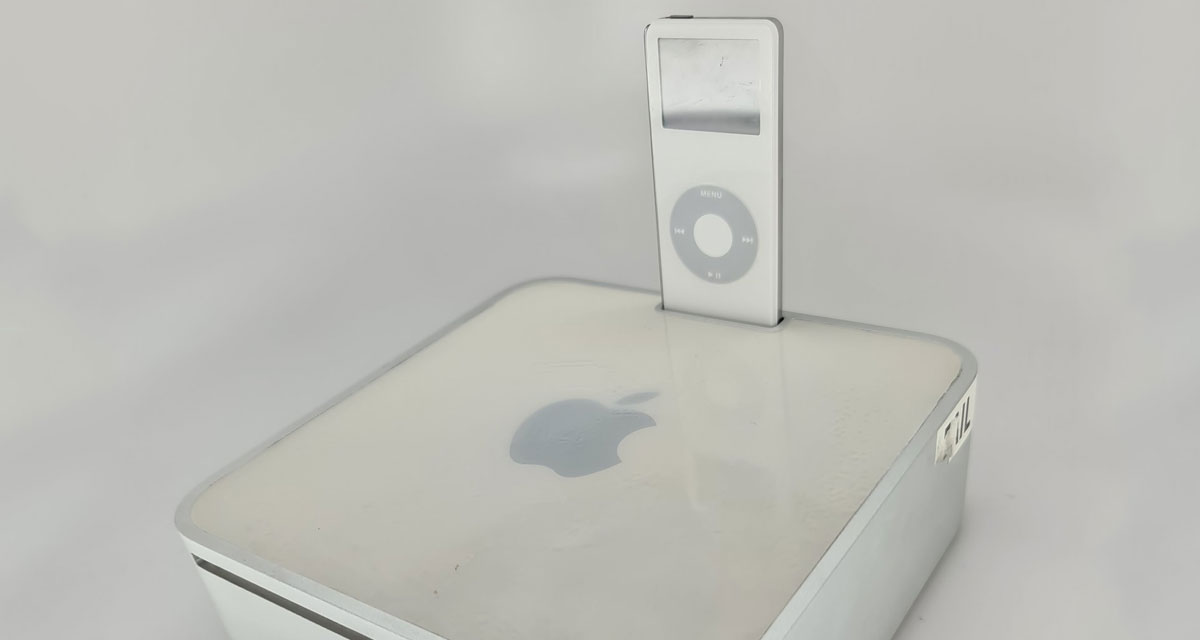 Shared via anonymous Twitter user DongleBookPro, images show a Mac mini with the infamous 30-pin Dock Connector around the back. It’s on the Mac’s surface, so you can put your iPod in the top of it. But it’s pushed to the back of the Mac itself. And boy does it look weird.

As you might imagine, this thing did ultimately get canned before Apple could launch it. Presumably, because it was just a bad idea. It also doesn’t help that the cutout for the Dock Connector would have only worked for at most two generations of the iPod nano.

The DongleBookPro Twitter account has shared all kinds of things in the past, including prototypes of devices that have and have not been released.

This is a great example of something Apple worked on but decided against, reminding us once more that Apple tests plenty but only releases what it knows will be a winner. Even if it doesn’t always get it spot on.