There are a few reliable people who tend to leak images of unreleased smartphones or at least the parts that go into making them and Ben Geskin is one of those people. He’s been at it again after he shared a photo of what he claims are the front glass panels from the 2018 iPhone lineup, with the 5.8-inch, 6.1-inch and 6.5-inch devices represented.

It’s generally accepted that Apple will announce three new iPhones this September with the screen sizes mentioned earlier being those that have been heavily rumored for months. 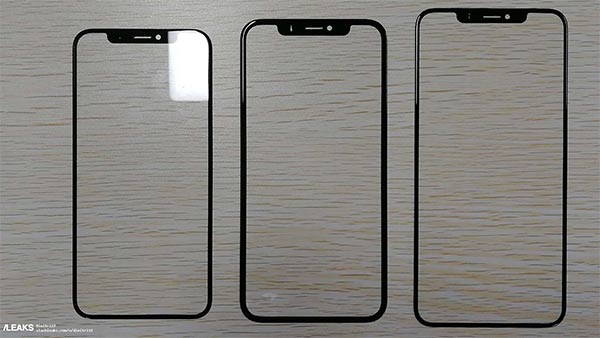 All three devices are expected to include Face ID and bezel-free designs, despite the least costly of the three making use of an LCD screen which would normally introduce the need for at least some sort of bezel in order to house the circuitry required to make it work.

However, Apple is said to have employed a technology that would make this a non-issue, although Geskin does say that this device will have slightly thicker bezels than the larger OLED-equipped iPhones.

Geskin later shared a photo of the same panels but with iOS wallpapers added to them, giving us a real feel for what the new iPhones will look like when in use. It’s fair to say that they all look impressive, with that larger 6.5-inch iPhone X Plus particularly striking because of its sheer size. 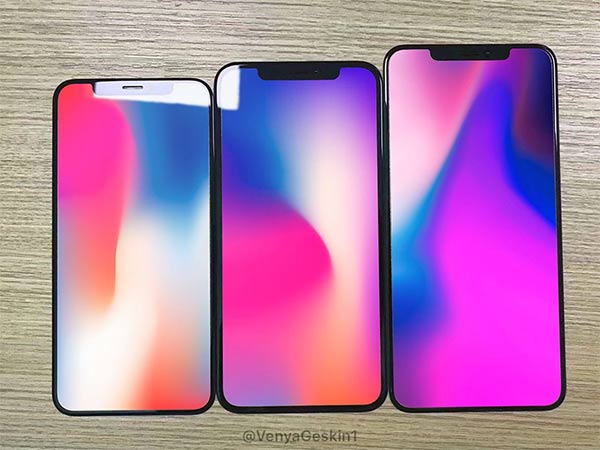 A similar photo has also been shared by Slashleaks in which the same front panels can be seen. In this image the thicker bezels of the LCD iPhone can be seen more clearly, although nobody would call them thick.

With all three devices set to be unveiled in a couple of months, we expect there will be more leaks along these lines in the coming weeks.