Back in last September, you may recall a rather humorous satirical clip making lighthearted fun of die-hard Apple fans, or specifically, the things they tend to come out with in defense of the company they so treasure. Not so long after, another clip surfaced via YouTube which gave Android fanboys a similar kind of treatment, and for those that missed it, it’s well worth checking out. The Android fanatic focuses on the kinds of topics we see debated ad nauseam on the Interwebs, including the iPhone’s small screen, lack of widgets, and failing Maps service. The clip is pretty darn hilarious, and you can check it out after the break!

iOS vs. Android has to be ranked up there among the most fiercely debated topics in the grand, varied spectrum that is technology. It seems to run much deeper than any other big rivalry such as OS X vs. Windows, Xbox 360 vs. PS3, or PES vs. Fifa, and with smartphone adoption rates running into the hundreds of thousands per day, new consumers are being dragged into the divisive discussion all the times. 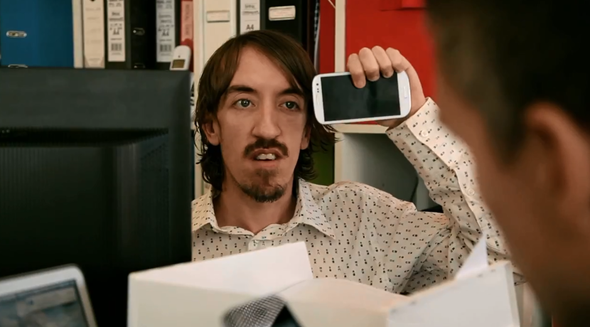 The fanboy is known to frequent social networking sites like Twitter, Facebook and YouTube, but can also be found on most forums – often those specific to the device said fanboy purports to loathe. Members on both sides of the debate tend to spout mostly incoherent nonsense, mind, and in reading the musings of an Android fanatic, you could hear, see, or read any or all of the following:

To me, both operating systems have their inherent strengths and weaknesses, but I do find a perverse pleasure in watching people argue over minor, subjective details like screen sizes and whatnot. At the end of the day, it’s largely down to personal preference, and this humorous video, like the corresponding Apple video, just goes to show how very silly some of the justifications do often sound. 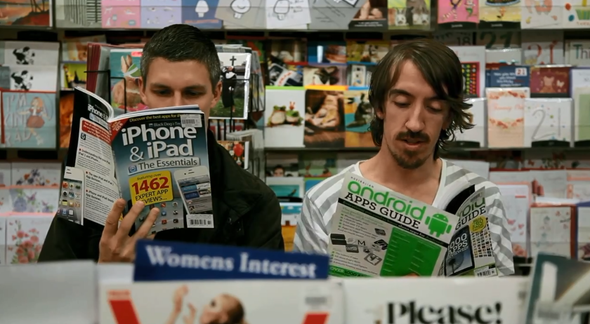 Not only is this video entertaining thanks to many of the quotes, but the actor also does a very good job of being incessantly annoying, wouldn’t you agree? I mean, come one, we always have that one friend like that don’t we all? Let us know your thoughts on the clip by dropping a comment below!