Humor: If Google Was Just A Regular Guy [VIDEO]

So here’s an interesting question, and one that hadn’t really crossed our minds until just now. It’s a valid question, if you dig deep enough, too. What if Google was a real person? And by real, we mean, a real person with skin and bones, not just a company, or a search engine.

Well, OK. It’s not really that valid a question at all, but what it does make is a great premise for a funny video. Especially when College Humor gets involved.

At over two-minutes long, the video explores what things would be like if Google was a real person in an office, with people lining up outside waiting to get their turn to ask some of the most inane, ridiculous and just plain bad questions of it. In fact, some aren’t really questions at all after one old fellow turned up simply saying "gmail.com" which, obviously enough, makes reference to the fact that a worrying number of people can’t tell the difference between a Google search and the address bar in their Web browser. And this is something we all can admit to: we all know someone who actually does that. I for once know such people… a few dozen to be exact. 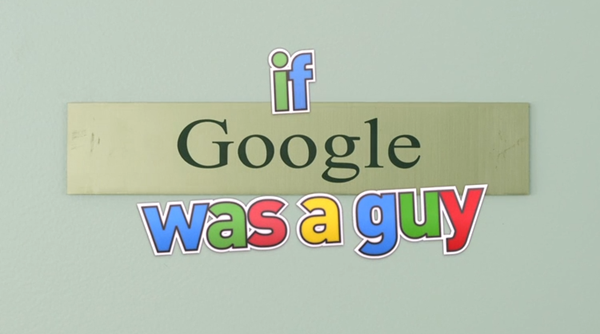 As with all good videos that wrap themselves in humor though, this particular effort does strike the truth cord pretty hard. Would we ask the same questions of Google if it were a person, rather than an ‘invisible’ collection of the world’s data? Probably not, no, but that’s not necessarily a bad thing now, is it?

If you’ve got a spare couple of minutes then there are infinitely worse ways to spend them than sitting down to watch the video in its entirety, and if you’ve spent enough time around the Internet and the ‘normal’ people that use it, then you’re going to find some of the gags potentially a little close to home.

Which, after all, is how some of the funniest things in this world are so funny!

To wrap things up, what’s the most ridiculous thing you’ve ever asked Google? Share with us in the comments section below!