YouTube channel PhoneBuff is back with another one of its precise speed tests, this time pitting its current champ, the iPhone XS Max and its A12 Bionic chip, versus the Huawei Mate 20 Pro and the Kirin 980.

When it comes to smartphone speed tests, the folks at PhoneBuff generally have all of their ducks in a row, producing videos that take two high-end phones and then compare them against one another. The videos use a robotic arm to launch apps one by one and then once they are all open, relaunch them to see which stay in memory. Whichever phone completes the two laps first, wins. The latest test takes the iPhone XS Max and pits it against the Huawei Mate 20 Pro. 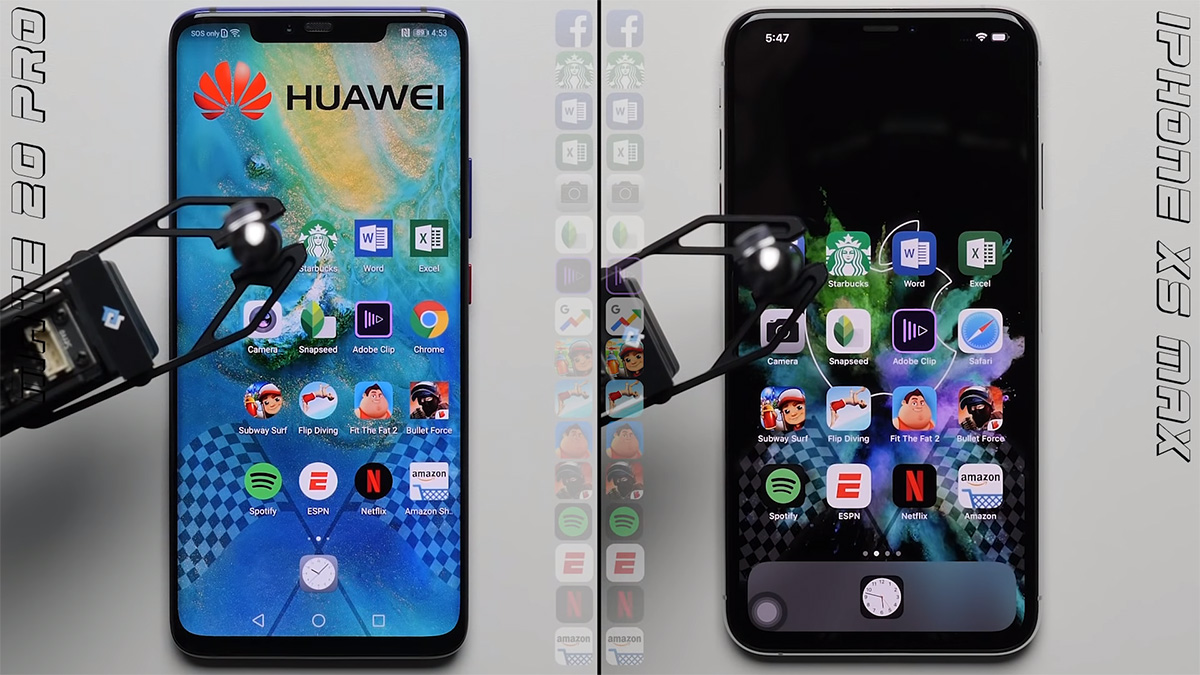 For those unfamiliar, the iPhone XS Max is the current champ when it comes to these tests, having beaten everything that has had the misfortune to come up against it. That makes it a big target for the best that Android has to offer, and with the Huawei Mate 20 Pro getting a lot of attention right now, it was only a matter of time before the pair came face to face.

It’s worth watching the video to see how things went down, but as was possibly predictable, the iPhone XS Max blazed its way through the test more quickly than the Mate 20 Pro was able to. This is despite the Android phone having 8GB of memory – twice that of the iPhone – and also boasting a 7nm chip, just like the one running inside the iPhone.

These tests do offer limited insight into which phone is the fastest in real-world use, and we don’t think you’ll be disappointed with either of them when it comes to raw speed. Instead, ecosystem, camera, and software as a whole should probably be the deciding factor here, and that decision is a very subjective one. We’ll leave you to decide which is the winner there.